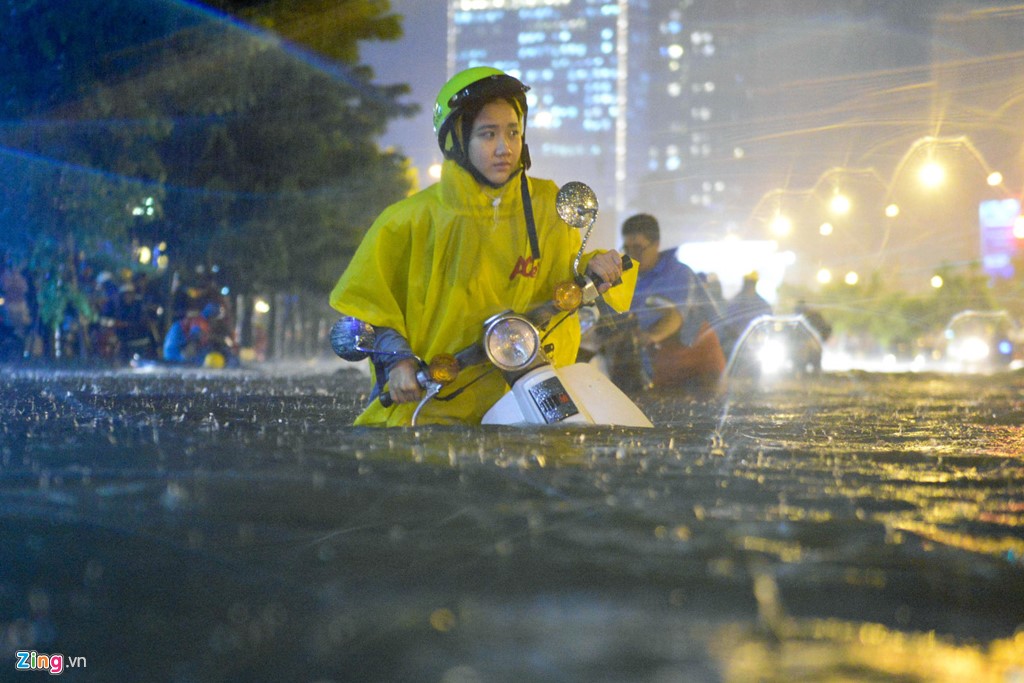 According to the HCMC Center for Anti-flooding Program Operation, the city has identified 103 places for water reservoirs to be built by 2020.

Nguyen Ngoc, the director of the center, said in the immediate time, water reservoirs will be built first in three places – Bau Cat in Tan Binh district, Go Dua in Thu Duc district and Khanh Hoi in district 4 with total investment capital of VND1.3 trillion.

Of these, Bau Cat Reservoir will be underground and with capacity of 10,000 cubic meters, it will help ease flooding for an area of 20 hectares.

Ho Long Phi, director of the Water and Climate Change Center, an experienced expert in climate change, has drawn up the plan to prevent flooding.

Phi said that in the past, most of the water drainage works focused on the building of dykes, pump stations and drainage sewer systems. However, the works are likely to become outdated in the context of climate change.

“The city is implementing the project to prevent high tides, which have caused flooding. The existing problem is dealing with the rainwater and this will be settled with the systems of canals, sewers and water reservoirs,” Phi said

Luu Duc Cuong, deputy head of the National Institute for Urban and Rural Planning, also emphasized that it was necessary to re-establish water storage space in specific urban conditions of HCMC, for several purposes.

The problem can be solved with natural canal systems in depression areas. However, in urbanized areas, systems that connect canals such as sewers and water reservoirs will be needed.

Tan Son Nhat Airport in Tan Binh district is also a hot spot for anti-flooding experts to consider. The heavy rains in 2015 and 2016 flooded the parking lot in the airport, causing flights to land at other airports. The electricity station was also threatened.

A water reservoir may be built in the area that is now the Chao Lua mini football field, which is hoped to help ease flooding for an area of 20 hectares.