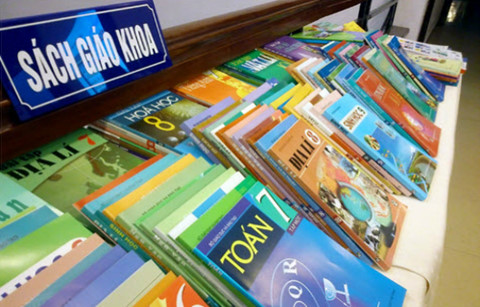 Vietnam will have 'one curriculum, many textbooks'

The director of the HCMC Education & Training Department, Le Hong Son, when answering inquiries before the city People’s Council on December 6, said MOET has permitted the use of textbooks specifically designed for the city’s students.

He said the education department was making hectic preparations for textbook compilation and other conditions. The textbooks will be launched in 2019 and used on a trial basis initially.

Meanwhile, Prof Nguyen Minh Thuyet, chief-editor of the curriculum for comprehensive education reform, said in Thanh Nien: “I am surprised at the statement by the HCMC education department. The curriculum for every subject still has not been set so far. MOET has just approved the general curriculum. The programs for subjects have not been made public for people’s comments.”

Thuyet said the programs for subjects will have to be amended and examined even after publication. The MOET Minister plans to release the programs of subjects for K-12 education only by the first quarter of 2018.

“So on which basis HCMC will work to compile textbooks?” he asked.


Some people have raised questions about the legality of the HCMC education department’s compilation of textbooks, wondering who is eligible to compile textbooks.

The education department will act as critic and editor and cooperate with professors from the Education Publishing House to compile textbooks. The compilation won’t begin until there is official program on subjects.

In other words, the education department is just making preparations, and it has not begun compilation.

Vu Dinh Chuan from MOET affirmed the legality of the textbooks to be compiled by non-MOET organizations and individuals, saying that the ‘one curriculum, many textbooks’ principle is mentioned in Resolution 88 on reforming the curriculum and textbooks for general schools. The new Education Law to be enacted in the near future will confirm this.

Tran Hong Quan, former Minister of MOET, advocates the ‘one curriculum, many textbooks’ principle, saying the principle has been applied for many years in other countries.