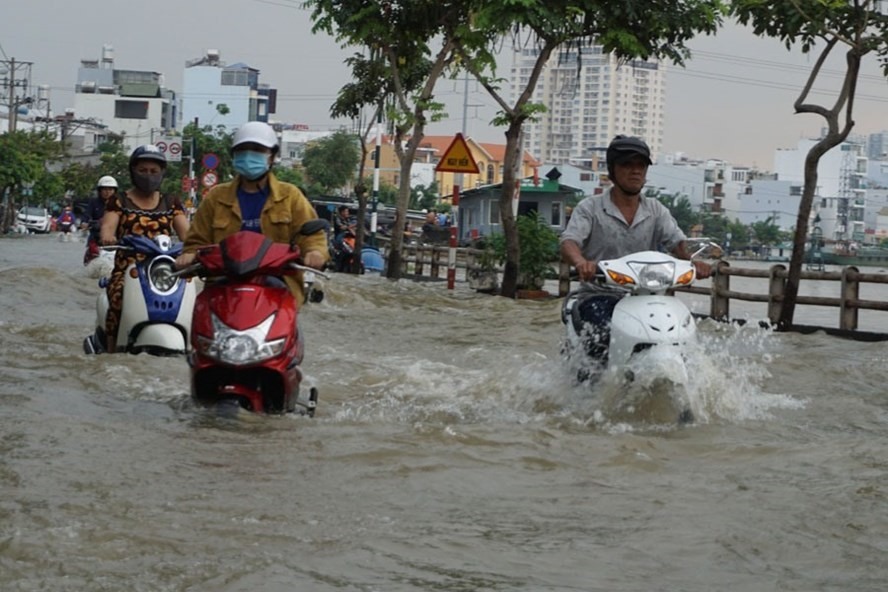 According to the Southern Centre for Hydro-Meteorological Forecasting, the high tides in HCM City will rise to 1.7-1.75 metres. Low-lying areas will be flooded. The peak of the tides will appear from 4 am to 7 am and from 4 pm to 6 pm. Heavy rains may occur while the tide peaks and cause severe flooding.

HCM City authorities have asked related agencies to prepare for the tides, monitor the situation, and reinforce canals. District authorities must announce publicly about the progress of the tide including the day and time when the tide peaks.

The Department of Transport and Department of Construction must work with local authorities for effective management and swift response. More warning signs and signal lights should be installed to avoid unwanted accidents.

The high tide in late September peaked at 1.77 metres, setting a new record for HCM City and flooding many areas. In District 8, a section of the temporary embankment collapsed and flooded many houses.