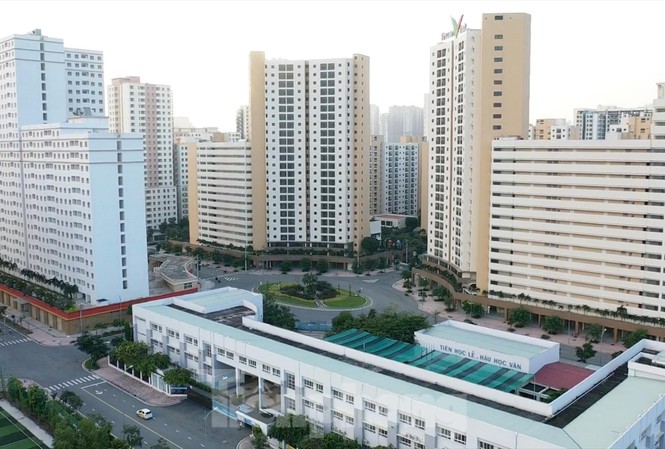 Real estate companies in HCM City are experiencing difficulties as the market is seeing a sharp downtrend. Photo for illustration

The report also shows that in the first half of this year, there were only three new commercial housing projects with a total of 924 apartments proposed to the city people's committee for approval by the construction department, compared with 16 projects during the same period last year. The number of projects proposed for investment approval also fell by 82.2 per cent compared to last year, to just 10 projects.

The city now has just 24 housing projects with 7,313 apartments that meet requirements for sale, which is a fall of 29.4 per cent and 24.2 per cent, respectively, compared to the same period last year. Just over 4,100 apartments have been offered for sale since the beginning of this year, which is a record low since the market recovery in 2014.

"The difficulties of the real estate market have led to the sharp fall in revenue generated from the sale of land use rights," Chau said.

Revenues for the first half of this year was reported at just below 50 per cent of the set target. While last year, revenues from land use rights amounted to VND22.6 trillion (USD983 million), accounting for 9.32 per cent of the city's total budget revenues of the city.

Due to difficulties, local real estate firms owed taxes of over VND10 trillion (USD435 million) in the first two months of this year alone, the official said. Tax debts relating to land amounted to VND 1.37 trillion or 14 per cent alone.

Explaining about the difficulties, some local real estate firms told the Tien Phong Newspaper on November 20 that cumbersome administrative procedures were the main obstacle which hindered the development of the market.

According to local firms, one of the examples is the procedures for approving the 1/500 plan of commercial housing projects. The Department of Planning and Architecture is now refusing to accept dossiers sent by investors, saying that they can only deal with documents sent by project owners. As such some 130 projects in the area have failed to receive certification from the department despite having their investment plan approved by the city people's committee.

Speaking at a recent conference held on the issue, Chairman and President of Vietnam Chamber of Commerce and Industry, Vu Tien Loc said that they have looked through some laws and regulations on real estate and found 20 clashes in terms and conditions.

"Many decrees, circulars, and instructions are contradictory or overlapping, and so cannot be put into use" he stressed. "They are not only causing difficulties for enterprises but creating good conditions for corruption.

Vice chairman of HCM City People's Committee, Vo Van Hoan said that obstacles relating to policies had resulted in a fall in the city budget revenues from land use over the past three years.

Hoan urged relevant department and agencies to quickly work together to find solutions to these problems and create favourable investment environment for enterprises.

Meanwhile, a meeting between leaders of the city people's committee and local firms which was scheduled on November 20 was suddenly cancelled by the committee, making firms more anxious. Dtinews