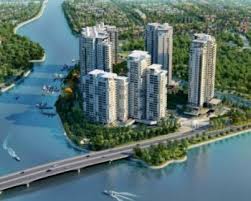 Most of them are located in the western and southern areas of the city. Earlier this month, many new projects were brought to the market in these areas.

For instance, the Dream House Investment Joint-Stock Company began construction of the 20-storey D-Vela project with 168 condos in District 7.

In addition, Hung Loc Phat will kick off sales for its luxury project, The Golden Star, on Nguyen Thi Thap Street in District 7.

Kien A Company has announced that it will begin construction on the second phase of its Lvaila project with 257 villas in southern HCM City.

In the western area of the city, MoonLight Boulevard in Binh Tan District, developed by Hung Thinh Real Estate Company, will be brought to the market this year.

Prices vary depending on the area of the city.

They have developed projects with many facilities and amenities, he said.

This is a new choice for investors, he said, adding that condos with a good location, flexible installment plans, and modern decor will attract more investors.

In coming months, developers will continue to bring to the market many new products.

Hung Thinh Company plans to open 5,500 apartments and 1,000 land slots this year, while Him Lam Land is set to develop 3,000 units this year.

The company also targets developing a luxury project in District 1 this year.