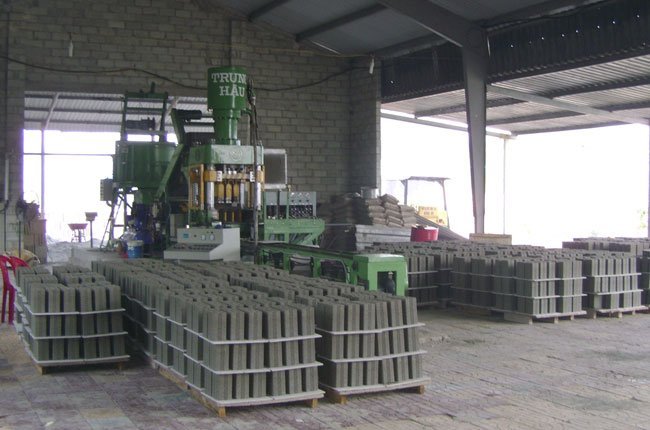 The committee has urged MOF to create detailed policies for the production and consumption of unburned building materials.

It has also asked MOIT to design policies to encourage the manufacturing of machines and transfer of technologies.

In an aim to reduce imports, it is necessary to encourage mechanical engineering enterprises to design and manufacture prototypes to make concrete bricks and production lines for light concrete bricks.

MOIT has not released the list of equipment for making unburned building materials which still cannot be made domestically.

In principle, the products are exempted from import tax in order to encourage domestic enterprises to make products.

The city authorities have found that very few construction works in the city use unburned bricks, though the city eliminated all brick kilns that made burned clay bricks in 2010.

However, despite great advantages, unburned adobe bricks still have not been widely used in construction works because they are less competitive in prices with burned clay bricks.

The problem lies in the lack of investment incentives that can help encourage manufacturers to make the products and construction work owners to use the products.

In an effort to reinforce the use of unburned bricks, HCMC authorities in January 2013 released a decision that 100 percent of the construction works developed with the state’s money must use unburned materials.

Meanwhile, buildings under construction with nine or more floors must use 30 percent of light unburned materials at least by 2015 and 50 percent after 2015.

A report shows that 306 construction works in the city in 2015 must use unburned materials.

The city’s construction department requested that investors report their use of unburned materials. However, to date, only 53 investors have replied.

There are two enterprises in the city which make equipment for the production of unburned materials.

However, as demand is weak, both enterprises have complained they are facing difficulties to maintain their operation.