Input material prices have decreased, but the price of animal feed remains unchanged, and, as a result, breeders have incurred heavy losses as the live pork price has dropped dramatically.

VietNamNet Bridge - Input material prices have decreased, but the price of animal feed remains unchanged, and, as a result, breeders have incurred heavy losses as the live pork price has dropped dramatically. 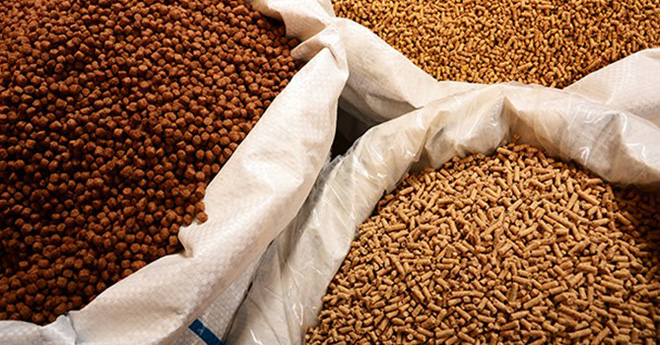 Nguyen Thi Dung in Vinh Huu commune of Tien Giang province complained that the live pork prices have dropped to VND25,000 per kilo, but merchants have only bought it in limited quantities.

She said she incurred a loss of VND1 million for every 100 kilo pig sold.

“The money I get from selling pigs is not enough to pay for feed,” she said. “Some years ago, when the pork price increased, the animal feed price also increased rapidly. Now, though the pork price decreases, the feed price stays unchanged.”

Farmers in Dong Nai province remember that the pork price began increasing in mid-2014. At that time, Emivest Vietnam raised the feed price by VND7,500 per 25-kilo bag of feed, or VND300 per kilo.

Since then, the pork and animal feed prices had been increasing until mid-2016. And so had the price of veterinary medicine.

However, though the pork prices have dropped dramatically, nothing has happened with animal feed.

Meanwhile, Le Ba Lich, chair of the Vietnam Animal Feed Association, affirmed that the feed price decreased by 5-10 percent compared with earlier this year, hovering around VND8,100-9,000 per kilo.

However, Lich admitted that with the feed price, farmers would still take losses.

Farmers need four kilos of feed to create one kilo of live meat. With the pork selling price of VND25,000 per kilo, farmers now suffer  loss of nearly VND10,000 per kilo of meat.

A MARD’s report showed that Vietnam imported $1 billion worth of animal feed in the first quarter of 2017, an increase of 42 percent of the last year’s same period.

The sharp increase in imports was attributed to the abundant supply and low prices, which prompted enterprises to increase imports for stockpile.

Besides, animal feed processing enterprises enjoy attractive tax incentives. Since 2014, the VAT on input materials to make feed has decreased from 5 percent to zero percent.

With the low import prices, the tax decrease and the unchanged selling prices of products, animal feed manufacturers now can enjoy fat profits.

The Vietnamese feed market is the 17th largest in the world and the third in the region, after Thailand and Indonesia.