How can Hanoi prepare for heavy rains and floods?

If it rains heavily and flooding is intense, it is highly possible that dykes will break, experts say.

A meeting of the National Steering Committee on Natural Disaster Prevention and Control in early July discussed solutions to cope with the heavy rains and floods in the northern uplands and delta. 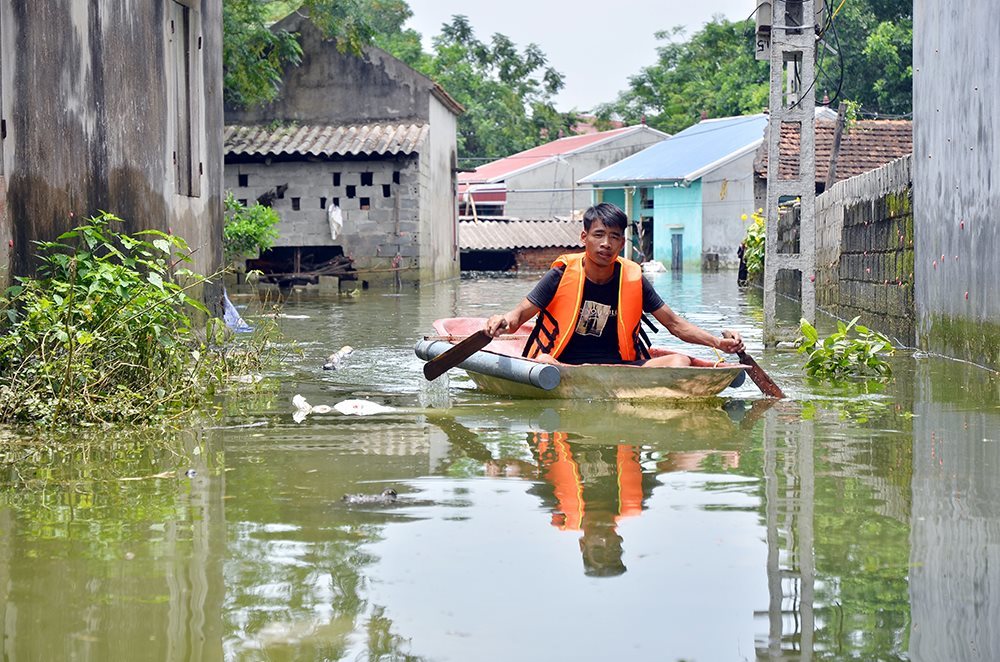 The meeting took place at a time when heavy rains and floods were occurring in the south of China which took a heavy toll on people and assets.

Vietnam is entering the rainy season with natural disaster threats.

“The historic flood in China has lasted one month and the natural calamity isn't in line with natural laws. What will we do if this occurs in Vietnam?” said Nguyen Huu Hung from the National Committee for Accident, Disaster Search and Rescue.

According to the National Center for Hydrometeorological Forecasting, in the last six months of 2020, natural disasters will be complicated and unpredictable. From 11 to 13 typhoons and tropical depressions are expected to appear, of which 5-6 typhoons will directly affect the mainland.

Meanwhile, flash floods and landslides will occur in mountainous areas, especially in the northwest region.

Experts said if heavy rains last continuously as what is happening in China, flash floods and landslides will occur and cause serious consequences.

A report found that there are 523 sites in the northern mountainous with a high risk of flash floods, and 955 points with risk of landslides, which would affect 57,000 households.

The Central Steering Committee on Disaster Prevention says that heavy rains and floods that last a long time combined with upstream floods will threaten the natural disaster prevention system.

With the capacity of four reservoirs (Hoa Binh, Son La, Thac Ba and Tuyen Quang) of 5.82 billion cubic meters, they are likely to have an emergency flood discharge.

Of 2,543 irrigation reservoirs, 81 have degraded and need to be repaired to avoid an accident like the recent one at Dam Thin Dam in Phu Tho province.

The Hanoi Department of Agriculture and Rural Development has drawn up three scenarios for urban floods and the solutions to cope with them.

According to Chu Van Tuan from the department, in the first scenario, floods would not occur. With the second scenario, the total inundated area would be 13,762 ha, and with the third scenario, the figure would be 29,945 ha.

47 deaths due to natural disasters this year