How much is Tan Hiep Phat worth? 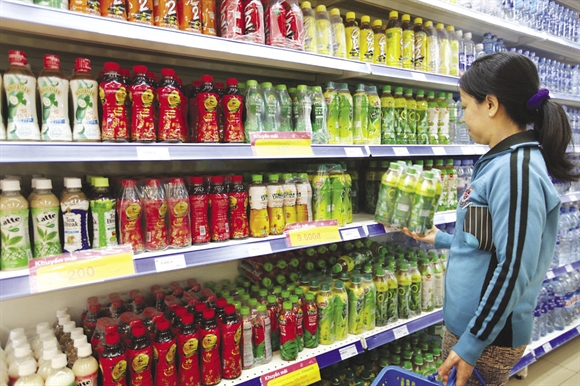 In late April 2016, a rumor spread that Tan Hiep Phat was taken over by a company in the same business field at a low price. Meanwhile, according to the Wall Street Journal (WSJ), Tan Hiep Phat wants foreign investors to invest in the company valued at $2 billion.

In the past, when Tan Hiep Phat was in its golden days, it was valued by Coca Cola at $2.1 billion. Tan Hiep Phat is one of very few Vietnamese owned companies in the drink sector which has outstanding capability with revenue of approximately VND10 trillion and 10,000 workers. It is believed to hold the second largest market share, after the Suntory PepsiCo.

In late 2015, the movement to boycott Tan Hiep Phat’s products broke out, after Tan Hiep Phat successfully sent a man to prison.

The court decided to send the man in Tien Giang province to jail for seven years for extorting money from Tan Hiep Phat for finding a bottle of the ‘Number One’ drink with a fly inside.

The man demanded VND500 million from the company in return for his silence.

Many restaurants and street shops in southern provinces refused to sell Tan Hiep Phat’s products after the case.

“Some businesses expressed their wish to cooperate with us, but none of them could show the roadmap and the strategy which fit our aspiration and mission,” the representative said. “We are willing to invite foreign investors to join Tan Hiep Phat, provided that they can make contribution to Tan Hiep Phat’s sustainable development."

The Tan Hiep Phat’s representative unexpectedly revealed Tan Hiep Phat’s plan to join the food manufacturing field, though declined to say what food products it will develop in the immediate time.

Tan Hiep Phat said that it has been moving ahead with its investment plans despite the fly scandal. Besides the two operational plants in Binh Duong and Ha Nam, the company plans to set up two more plants in Hau Giang and Chu Lai, which would help it stay the second largest fizzy drink manufacturer.