Industrialization and FDI in Vietnam

Vietnam’s industrial profile, while better than in the past, remains limited and relies on processing and assembly, so intermediate products and components, especially those from China and Korea, must be imported. 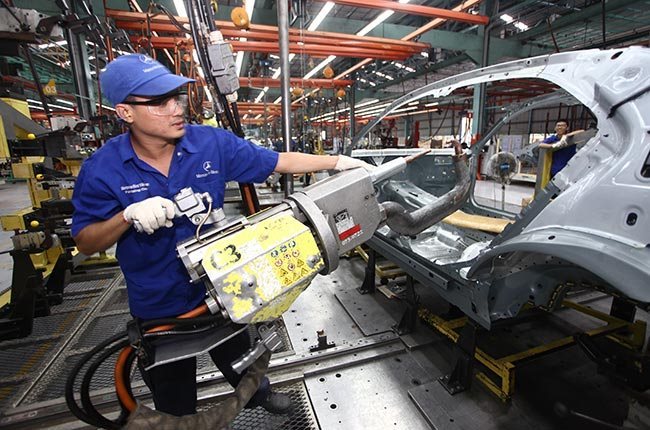 Many plants are being relocated from “the world’s factory” China to ASEAN and India due to the United States - China trade war and Covid-19.

Vietnam should embrace these FDI inflows to boost supporting industrial products and, in so doing, tackle several issues—enhancing the industrial profile, slashing import and reducing reliance on China and Korea.

The profile of countries investing in Vietnam shows that most of them are newly developed and located close to Vietnam. Advanced economies except Japan play a limited role. Investment in Vietnam comes mainly from South Korea, Hong Kong, China, Singapore and Thailand. Even Japan, while an advanced economy, has yet to fully realize its potential.

Compared with countries that have been developed for centuries such as the U.S., Japan and those in Europe, countries close to Vietnam lack technological know-how or established multinational corporations. Moreover, the business culture and corporate social responsibility of most firms in these countries are plagued by problems.

For this new wave of FDI, Vietnam should focus on significant, technologically advanced projects from multinational corporations from the U.S., Japan and Europe.

The trade war between the U.S. and China has made Vietnam an attractive destination for new FDI projects. A survey by JETRO in late 2019 shows that among 142 Japanese firms that indicated in their responses their plan to relocate their factories from China, 37 picked Vietnam, 21 opted for Thailand and nine wanted to invest in Japan. Vietnam has also emerged as an alternative source for the global supply chain. It is the top destination for the relocation of factories from China.

However, there is a gap between plans and reality. Japan and advanced economies have yet to invest much while neighboring countries and territories, especially China, are rather active. Within the first six months of this year, of the US$12 billion worth of FDI poured into Vietnam, Singapore ranked first, followed by Thailand, China, Taiwan and Hong Kong. Japan ranked seventh only.

Without proper control, FDI can hamper local industries and create unnecessary competition for local firms. Given constraints facing such aspects as infrastructure, human resources and utilities, which cannot be improved drastically in the short run, poor-quality FDI projects will crowd out those in sectors that deserve priority.

How to lure high-quality FDI

Vietnam should actively strategize which FDI to attract and lay the foundations, in terms of human resources and infrastructure, for hi-tech projects with significant multiplier effects and beneficial impacts on its industrial profile transformation. The following policies are essential.

Second, FDI projects which are easily substituted by technologically capable Vietnamese firms or not aligned with Vietnam’s development needs should be closely controlled. In particular, they should not be allowed to enter these high-quality industrial parks or enjoy tax incentives.

Third, medium-term and long-term plans for human resources should be promptly fleshed out to meet the needs of new FDI projects. This point will be elaborated on later.

Fourth, there should be a list of firms in supporting industries with the potential to enter the global supply chain and the production networks of multinational corporations about to invest in Vietnam. These are usually small and medium enterprises hampered by limited access to capital and rampant red tape. The Government should actively help these firms tackle their challenges.

Fifth, Government leaders (the Prime Minister, deputy prime ministers and ministers) should actively promote Vietnam’s future development plans and preparations, in terms of infrastructure, labor and supporting industries, in discussions with illustrious multinational corporations in the U.S., Japan and so on while gathering their feedback for further improvements in the business and investment environments.

The third and fourth strategies will show the Government’s commitment to supporting domestic firms and developing human resources. Foreign enterprises will value such efforts at nurturing internal strengths, which will provide them with the necessary supporting industries and human resources.

A bottleneck facing Vietnam’s industrialization in general and large-scale FDI projects in particular pertains to the lack of skilled workers despite its large population and huge workforce. To lure high-quality FDI, Vietnam must expand the number of skilled workers.

What can Vietnam do in the short term (within one year) and plan in the medium term and long term to address this bottleneck?

In the short run, it should promptly compile the list of trained personnel so that FDI projects about to take place are aware of labor supply. This list should include those working overseas. The number of people who have completed their internship in Japan is more than 2,300. This figure will rise if those still undergoing internships are included. Such data will be of interest to Japanese FDI projects.

In the medium term and long term, high-school and tertiary education institutions should be revamped as people graduate from them may join the workforce. The challenge lies in ensuring quality.

Given the 4.0 technological revolution, those with a diploma should have English and ICT skills and be familiar with the Internet. Apart from these fundamental skills, they should develop reasoning skills to analyze and solve problems and display competencies such as responsibility and interpersonal skills when working with others.

To swiftly cater to the need for human resources for industrialization, the curriculum at some high schools and tertiary education institutions may need to turn into two-year courses at junior colleges—the first year will cover general knowledge and the second year will focus on an area of expertise such as accountancy, middle management, technology, secretary jobs and so on. Demand for labor in these jobs is brisk.

In Vietnam, vocational training institutions are equivalent to junior colleges but do not appeal to potential students; these institutions also receive inadequate investment. Meanwhile, colleges take up three years, so most people will opt for a four-year university degree.

There should be structural changes so that junior colleges with high-quality two-year courses that offer students good employment prospects after graduation can thrive. This will reduce the number of people who spend four years in university but struggle to be gainfully employed or find a job that suits their expertise.

There should also be vocational high schools where there is a streamlined high-school curriculum complemented with skill training. These schools can offer four-year rather than three-year courses.

Junior colleges and vocational high schools should encourage internships. The roles of these institutions should be promoted. This will help young people realize how graduating from such institutions can ensure good prospects and social advancement (capable people can hold key positions).

Vietnam has become one of the world’s fastest growing economies since the country first opened up to foreign trade and investment more than three decades ago,