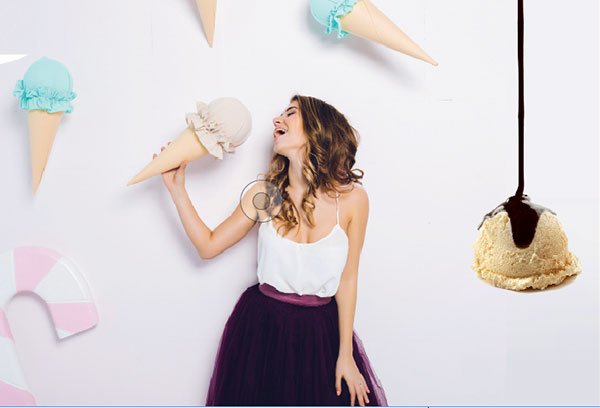 The market analysis firm believes that the market will obtain a 6.2 percent growth rate in both revenue and output in the next five years and reach value of VND3.676 trillion by 2021.

The strength of KDF lies in the production platform, distribution and management. After taking over Wall’s from Unilever, KDF opened a modern factory and 4,000 retail points.

KDF immediately realized that Wall’s failed in Vietnam because the taste and prices were unsuitable to Vietnamese. It took necessary measures to fix the problems.

However, analysts believe that the biggest advantage of KDF is a large network of 70,000 retail points through which products can be brought directly to consumers. With large networks, KDF has to make heavy investments, but in return has great advantages.

The ice cream consumption in Vietnam is 0.4 kilos per head per annum, lower than 0.67 kilos in Indonesia and 0.97 kilos in Thailand. Therefore, Euromonitor believes that the market will still have opportunities to grow.

The attractiveness of the market has lured many foreign brands to Vietnam. Baskin Robbins now has nearly 50 shops, while Bud’s has 12, Fanny 11, Snowee 4 and Haagen Dazs 2, most of which target high-income earners.

Though foreign brands are not direct rivals for KDF, they have attracted KDF’s customers.

Analysts warned that KDF has one more rival – Wall’s. The manufacturer has come back to Vietnam with adjustments in prices and products.

Wall’s and Thuy Ta both rank second in the market with 10 percent of market share each. Thuy Ta, which is undergoing restructuring and allocating its resources to the real estate sector, won’t be a big rival for KDF. But Wall’s is different.

The US ice cream war in Vietnam