Import cars arrive, but only from Thailand, Indonesia 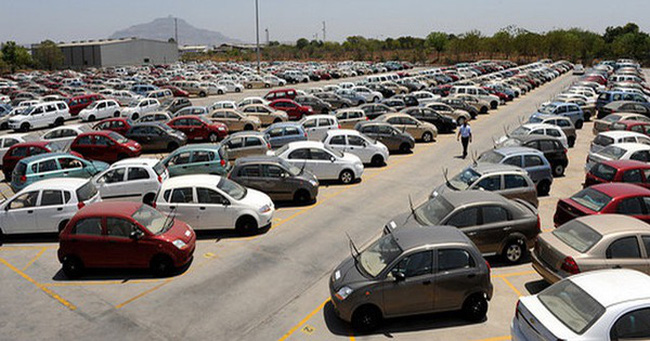 Import cars arrive, but only from Thailand and Indonesia

In the last four months, since the day the decree took effect on January 1, 2018, car arrivals have been very modest. Some automobile companies said cars would only arrive by the end of the year.

Decree 116, which tightened controls over imported automobiles in terms of origin, types, technical safety, and environmental protection, stipulates that importers have to show a Vehicle Type Approval (VTA) certification issued by authorities of the export countries.

In addition, automobile importers also have to submit a number of documents, such as the registration certificates of imported cars for technical safety and security; certified copies of the types of tires, rearview mirrors, and front lights issued by competent agencies; and the original certificates of automobile quality inspection issued by foreign automakers or automobile-assembling enterprises.

Honda Vietnam is the first importer to satisfy the requirements of the new regulation. Its first consignment of imports from Thailand arrived in Vietnam in March.

The company imported another batch of products in April from Thailand, but the products still have not been marketed as the importer is still following necessary procedures.

Meanwhile, the representative of Ford Vietnam said the company has fulfilled all necessary procedures to bring cars to Vietnam. However, it will still take time to order cars from Ford’s suppliers overseas.

The senior executive said Ford’s imports would possibly arrive in the third or fourth quarters.

Toyota Vietnam has confirmed it will begin importing its cars from Thailand and Indonesia soon to sell in the domestic market. However, it still cannot import Lexus and Toyota from Japan because Japanese agencies have not agreed on issuing VTA certificates.

The representative of the Vietnam Automobile Manufacturers’ Association (VAMA) said VTA is only required by Vietnam, not an international practice. Automobile importers find it difficult to get this kind of certificate.

Meanwhile, the governments of Japan, the US, and the EU have not amended their laws to be able to issue VTA certificates. Their products will not be shipped.

The HCMC Customs Agency has reported a sharp fall in automobile import turnover of $220 million in the first four months of the year, which led to a decrease of VND4 trillion in tax collections.