Mr. Atsusuke Kawada, Chief Representative of the Japan External Trade Organization (JETRO) in Hanoi, tells VET’s Quynh Nguyen about Vietnam’s business climate in 2016 and his expectations for the years ahead.

Mr. Atsusuke Kawada, Chief Representative of the Japan External Trade Organization (JETRO) in Hanoi, tells VET’s Quynh Nguyen about Vietnam’s business climate in 2016 and his expectations for the years ahead.

■ What are your thoughts on Vietnam’s investment climate last year? 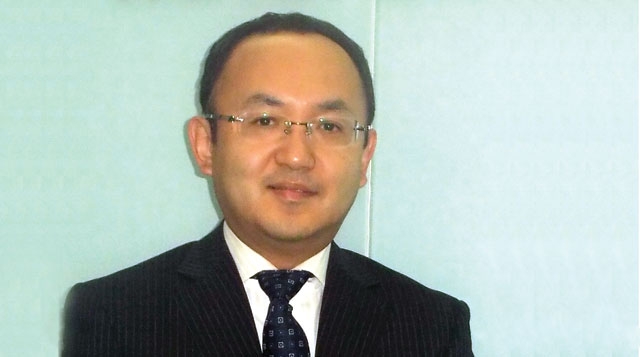 In recent years it has improved more significantly compared to previous years and more clearly compared to other countries in the region.

Issues relating to administrative procedures and the legal system, which are of concern for many foreign enterprises, have seen positive changes.

But many risks remain in the country’s investment environment.

Prime Minister Nguyen Xuan Phuc emphasized that Vietnam will strive to be ranked in the Top 4 leading countries in ASEAN with the fastest processing times for administrative procedures.

Despite significant improvements, 40 per cent of Japanese enterprises indicate that administrative procedures remain complicated and the “unofficial cost” of doing business is greatly increasing.

These are the risks that Vietnam needs to address.

■ What do you think about the fact that more than 60 per cent of Japanese enterprises in Vietnam plan to expand their business and continue to view the country as an important investment destination?

According to a JETRO survey, two out of every three Japanese enterprises plan to expand their business in Vietnam.

This is quite high compared to other countries in the region.

The main reasons for business expansion is that enterprises want to increase revenue.

The rate of business expansion fell for three years but in 2016 increased 60 per cent.

This shows that Japanese enterprises are optimistic about Vietnam’s investment environment.

Vietnam now has more than 2,000 Japanese enterprises, mainly of small and medium scale. As our survey found, investment flows tend to move to the non-manufacturing sector.

The reason is that support mechanisms for businesses in the sector have improved significantly.

Large Japanese enterprises, meanwhile, tend to focus on the Vietnamese market rather than exports.

■ How do Japanese enterprises view the tax and customs reform in Vietnam over recent years?

However, appreciation of tax policy and customs procedure reform increased more than 15 percentage points in this survey compared to the previous year.

Japanese enterprises recognize the efforts made by the Vietnamese Government in business climate reform.