According to the Foreign Investment Agency (FIA), exports by FIEs, including crude oil, in the first six months of the year hit $85.9billion, an increase of 5.9 percent over the same period last year, amounting to 70 percent of total export turnover. 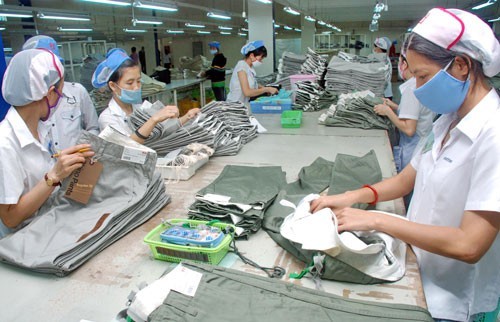 The FDI into Vietnam also increased sharply with total registered capital reaching $18.47billion in the first half of the year.

Economists commented that the US-China trade war has attracted more FDI into Vietnam and more investors relocating their production bases from China to Vietnam.

Speaking at the 2019 Investment Conference held by Nhip Cau Dau Tu journal recently, Nguyen Dinh Cung, head of the Central Institute of Economic Management (CIEM) said he can see a wave of relocations from China to Vietnam to avoid the trade war. This can be seen in the sharp rise in FDI in Vietnam in the first six months of the year.

However, he stressed that it is foreign investors who get the biggest benefits from the trade war, not Vietnamese enterprises.

An analyst, agreeing with Cung, said the trade war brings more opportunities to Vietnam to export products to the US. In Vietnam, FIEs are the biggest exporters.

The decrease in exports to China is attributed to the slowdown of the Chinese economy which has led to weak demand from the domestic market.

The decline in exports to China has led to the prediction that Vietnam’s export growth may be not as high as 2017-2018.

“As Chinese goods cannot enter the US market, they will head for Vietnam and compete fiercely with Vietnam’s products. It may happen that Chinese enterprises will ‘borrow’ Vietnamese origin to enter the US. If so, Vietnam is at high risk of being punished by the US,” said Nguyen Bich Lam, general director of GSO.