Industrial real estate is believed to be the only segment which can continue to prosper in the current real estate market.

In late 2019, Tay Ninh province welcomed a ‘super-project’ on producing ACTR radial tires in Phuoc Dong IZ. With the total investment capital of $280 million, the factory can churn out 2.4 million products a year. It is one of the biggest foreign invested projects licensed in the province so far. 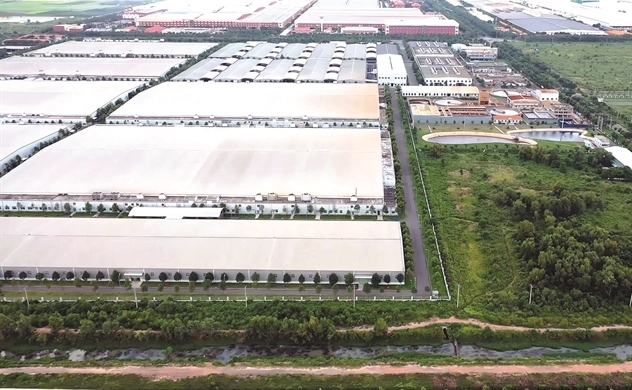 There have been big changes in the picture about FDI in Tay Ninh. Once unable to attract any project, the province had licensed 291 foreign invested projects as of 2019, with total registered capital of $6 billion and 517 Vietnamese invested projects.

In the first two months of 2020 alone, Tay Ninh was the second biggest FDI attractor with $488.3 million worth of capital registered, which accounted for 7.5 percent of total investment capital.

Binh Phuoc has also emerged as a locality catching the attention of investors. Becamex has decided to pour trillions of dong worth of investment into Becamex-Binh Phuoc IZ. Meanwhile, CP Group has invested $157.6 million to build the animal feed and chicken processing complex there.

Low land rent is the greatest advantage of second-class provinces. A survey by JLL Vietnam found that in the south, HCM City is still leading the market with the rent of $156.8 per square meter. The figures are $85.5 in Dong Nai, $73.8 in Binh Duong and $60.6 in Ba Ria – Vung Tau.

Meanwhile, the rents are much lower in Tay Ninh and Binh Phuoc, just $53 per square meter on average.

Besides, there is low site clearance costs.

Bao Viet Securities (BSC) reported that the cost is just VND600 million per hectare, or $2.58 per square meter in Tay Ninh and Binh Phuoc. Besides, the provinces can provide low-cost labor force, which is contrary to the labor shortage that HCM City, Binh Duong and Dong Nai are facing.

In the past, most investors hesitated to set up their factories in localities far from HCM City because of the fear of transport conditions. However, the challenge is believed to no longer exist as a series of transport infrastructure projects have been and will be implemented.

The government has turned the green light on the Binh Phuoc – Binh Duong – HCM City highway project, capitalized at VND11 trillion. Meanwhile, Tay Ninh is moving ahead with the HCM City-Moc Bai highway, worth VND10 trillion.