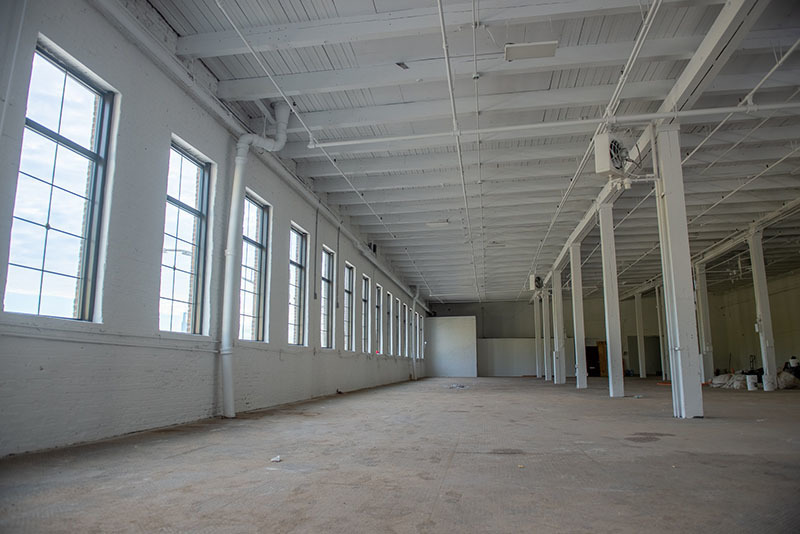 After a series of large projects were announced in late 2020 and early 2021, including the additional investment of LG Display and the landing of Foxconn and Pegatron in the industrial zones (IZs) in the north, the industrial real estate market has turned gloomy since then.

In the north, the occupancy rate in IZs stayed at 75 percent, while ready-built workshops witnessed reductions in occupancy rates compared with the first quarter of the year as the market welcomes new supply.

Small and medium enterprises (SMEs) are believed to bear the biggest impact of the pandemic with the number of SMEs suspending operation in the first half of the year increasing by 22 percent compared with the same period last year. Of these, the enterprises in the manufacturing and processing sector account for 11.9 percent. This is an important factor that affects the occupancy rate of ready-built workshops.

According to JLL, the fact that IZs in the provinces of Bac Ninh and Bac Giang had to stop production temporarily also restrained the rise of industrial land prices.

The land rent stayed at $107 per square meter for the leasing cycle in Q2 2021, though it represented the 5.9 percent increase over the same period last year. However, the increase has slowed down.

The rent of ready-built workshops have also seen the slighter increase of 4.7 percent compared with the same period last year.

The same situation was seen in the south. The owners of IZs in the south have set up a new peak price of $113 per square meter, an increase of 7.1 percent over the same period last year. Meanwhile, the average rent of ready-built workshops was $4.5 per square meter a month for the whole region, just increasing by 0.5 percent. The slight increase was attributed to the pandemic outbreak.

However, a lot of transactions were wrapped up in Ba Ria – Vung Tau despite the pandemic outbreak. The clients were mostly heavy industry manufacturers which need large land banks. The occupancy rates of land in IZs and ready-built workshops were 85 percent and 86 percent, respectively.

The continued transactions of industrial land showed that both leasors and leases have found a solution to keep production during the pandemic. Meanwhile, ready-built workshops see business expansion of existing enterprises, rather than new enterprises.

The market recorded some merger and acquisition (M&A) deals in Q2, including one in which Boustead Projects bought 49 percent of shares in KTG Industrial Bac Ninh Development JSC in Yen Phong IZ at $6.9 million.

Meanwhile, the market of industrial land in the south has new supply in Tran Anh Tan Phu IZ in Duc Hoa district in Long An province, developed by Tran Anh Group. With the project, the total industrial land area for leasing in the south has increased to 25,220 hectares, while Long An has confirmed its position as another attractive investment destination, in addition to Binh Duong and Dong Nai.

The news that Pegatron would increase its investment capital in Vietnam following the project in Hai Phong City was a positive sign about the real estate market, though the information has not been confirmed.

In addition to the Red-river Delta provinces, the provinces in the Northeast, such as Bac Giang, Quang Ninh and Thai Nguyen, are attracting investors thanks to low rent and improved infrastructure.

The land prices in the region are predicted to continue increasing by 8-10 percent compared with the same period last year. The market of ready-built workshops is also believed to be bustling in the Northeast with a lot of new investors joining the market, including GNP Industrial and KCN Vietnam Industrial JSC.

Vietnam has been recognized as controlling the Covid outbreak well, which further strengthens investors' confidence in the business environment.

It is expected that 940,000 square meters of ready-made workshops in the south will be marketed by the end of 2021.