According to JLL Vietnam, five leading industrial real estate markets in the southern region all had high occupancy rates, 81 percent on average in the second quarter of the year. HCM City, Binh Duong and Dong Nai were the three biggest markets. 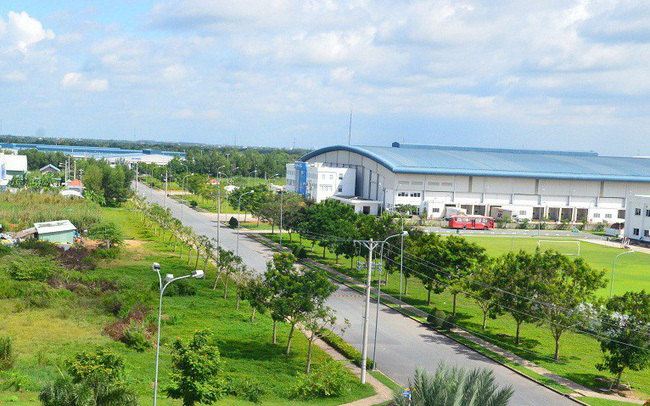 A report of the Ministry of Planning and Investment shows that in H1, the FDI capital in industrial zones and economic zones reached $8.7 billion, while the demand for industrial real estate surged significantly as a result of the US-China trade war.

According to VinaCapital, many manufacturers and service providers have been relocating factories to Vietnam. Hanwha (South Korea), Yokowo (Japan) and Huafu (China) have left China for Vietnam. Goertek (Hong Kong) and TCL (China) are moving.

Savills’ report says that Vietnam’s industrial real estate sector is thriving because of the impacts of FTAs. Of these, CPTPP, set up in January 2019 and Vietnam-EU (EVFTA), signed in June 2019, both have helped attract more investment thanks to m tariff cuts.

The FDI inflow into industrial zones is a major reason that stimulates demand. There are 8,900 projects with total registered capital of $186 billion in industrial zones and economic zones.

Beerco (Hong Kong) invested $3.9 billion in Vietnam Beverage which has factory located in Tu Liem IZ in Hanoi. Goertek has set up a factory in Vo Que IZ in Bac Ninh province with the registered capital of $260 million.

Good macroeconomic indexes have also given a push to the industrial real estate sector. According to ADB, Vietnam is maintaining the highest economic growth rate in Southeast Asia, estimated at 6.8 percent in 2019.

According to the World Bank, Vietnam ranked 69th out of 190 easy-to-operate economies. Meanwhile, according to Trading Economics, wages in Vietnam are still cheaper than Malaysia, China, and Thailand, with $237 USD/month (VND5.5 million, 2018).

Vietnam now has 326 IZ with total area of 95,000 hectares. Of these, 251 IZs are operational with an occupancy rate of 74 percent, while 75 IZs are under construction.

According to John Campbell from Savills Vietnam, once the 75 IZs are put into operation, and investors pay higher attention to the provinces in the central region and try to shift agricultural land into industrial land, the supply in the industrial real estate market will expand.

The time when IPs could attract investors with infrastructure and incentives is over, as now IPs need to be designed and operated according to new standards.