Inflation pressure exists, but overall risks not too high: economists

The price hike of many essential goods recently has put pressure on inflation, but economists believe the inflation rate will be at below 4 percent as targeted. 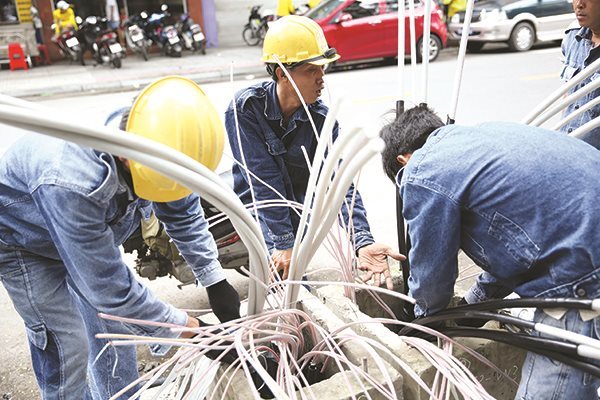 As such, the CPI increase in the first three months of the year was 2.63 percent only compared with the same period last year, the lowest level in the last three consecutive years (4.96 percent in Q1 2017 and 2.82 percent in Q1 2018).

However, the CPI increase has bounced back since the beginning of April, triggered by the petrol and electricity price adjustments.

Since March 20, the electricity price has increased by 8.36 percent and the increase will show clearer effects in April.

As electricity just accounts for 3.5 percent of basket of goods for CPI calculation, the 8.36 percent electricity price increase is expected to make the general CPI increase by 0.3 percent only.

In 2010-2011, when the electricity price increased, the CPI also increased sharply. However, analysts pointed out that there were many other factors that had influences to CPI, including the high money supply.

At present, the factors related to supply and demand are believed to be less influential to the inflation than 2011. Therefore, the impact of the electricity price hike will be modest.

The domestic petrol price increases more slowly than the global price because the Ministries of Finance and Industry & Trade use money from the petrol price stabilization fund.

The oil price, if continuing the upward trend, will push the CPI up. However, international economists do not think the scenario will happen in coming quarters in the context of the global economic growth slowdown and the recovery of the slate supply in the US.

As for food prices, the African swine fever epidemic has helped curb the price increases of these products. Though the petrol and electricity prices increase, the average CPI in the first 4-5 months won’t be too high.