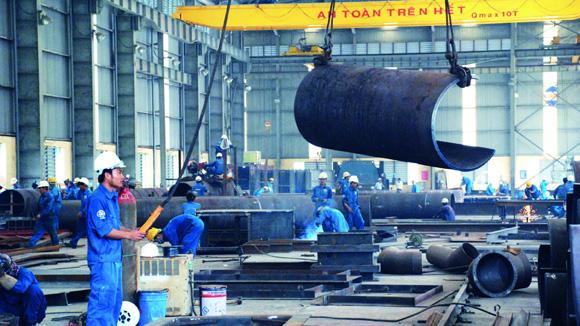 Predicting a lower GDP growth rate for Vietnam economy in 2017, the Asian Development Bank (ADB), in its latest report, shows a positive outlook about the $190 billion economy.

Eric Sidgwick, ADB Country Director, believing that the prospects would be positive this year, said the economy would be driven by high foreign direct investment (FDI) and domestic consumption and demand, and encouraged by policies to support growth.

Aaron Batten, an ADB’s economist, the main author of the report, said Vietnam would obtain GDP growth rate of 6.7 percent in 2016 before it sees a slight slowdown in 2017, at 6.5 percent.

The predicted GDP growth rate for Vietnam is relatively high compared with the 1.5-3 percent growth rate predicted by IMF and CitiGroup for the world economy.

Bloomberg also showed its optimistic outlook about Vietnam economy, saying that Vietnam would be among the fastest growing economies in the world with the predicted GDP growth rate of 7 percent in 2016.

Vietnam's economy is expected to witness high economic growth, even though some large economies have moved ploddingly while emerging economies like Russia, Brazil and China have slowed down.

ANZ’s Glenn Maguire in late 2015 commented that Vietnam is a ‘bright spot’ of the world economy, predicting that Vietnam would be among the ‘VIP economies’ which would see the growth rate of 7 percent or even higher in 2017.

According to ANZ, Vietnam is one of the three rare economies in Asia, which incurs few adverse effects from the world economy.

The Financial Times can see the great potential of the Vietnamese real estate market.

Forbes believes in Vietnam’s great development potential with 94 million people and its great efforts to follow the market economy. Strait Times commented that Vietnam’s attractiveness in international investors’ eyes will be increasing thanks to political certainties, cheap labor costs and the increase of the middle-class.

Meanwhile, Vietnamese economists have a more negative outlook about the economy.

Truong Van Phuoc, deputy chair of the National Finance Supervision Council, said he was worried about the limited financial resources as the public debt has nearly hit the 65 percent GDP ceiling.

Tran Dinh Thien, head of the Vietnam Economics Institute, also is worried about the state budget balancing. He compares Vietnam economy with a person who wears a beautiful shirt. When the shirt is taken off, problems will be clear.