Investors eye aviation market as it continues to expand 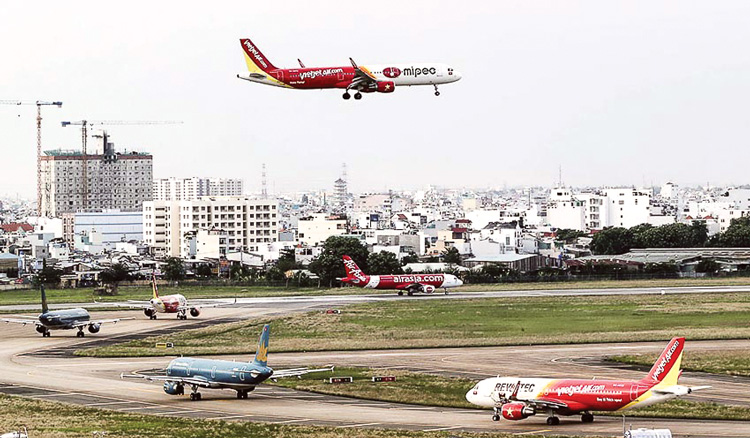 94 million passengers went through airports in 2017

That is why more investors want to join the fastest-growing market in Southeast Asia.

Bamboo Airways, a private airline, plans to join the aviation market in late 2018.

Trinh Van Quyet, chair of FLC, the owner of Bamboo Airways, on June 12 said it would take off with 20 chartered aircraft, because the Airbuses the carrier ordered will be delivered in 2019.

According to IATA, in 2013-2017, Vietnam ranked seventh among the fastest growing markets in the world and is expected to be among top 5 markets with the sharpest increase in number of passengers.

According to the Civil Aviation Authority of Vietnam (CAAV), the number of air passengers may reach 142 million by 2020, which means average growth rate of 14 percent in 2017-2020.

Analysts noted that the air transportation exploitation capacity in Vietnam remains modest if compared with its population.

Under the development plan, Vietnam would have 23 airports by 2020, including 10 international and 13 domestic ones. Noi Bai, Da Nang, Cam Ranh and Tan Son Nhat Airports are the main gateways.

Vietnam has population of 93 million, but it has only three airlines. Meanwhile, Thailand has 70 million people but has 10 airlines and 38 airports.

That is why Dang Tat Thang, deputy CEO of FLC, believes the business opportunities in the aviation industry are great.

The appearance of newcomers will make the market more competitive and prompt airlines to take grab every opportunity to expand their services.

Vietnam Airlines has cooperated with Jetstar Pacific to improve competitiveness in the low-cost market segment.