Just two or three years ago, the iPhone was listed among the products with the most stable prices. The devices would see prices unchanged for years, and prices would only fall when the next generation of iPhones hit the market. 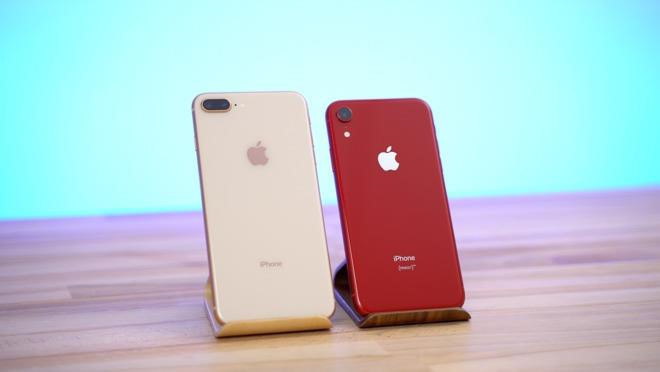 However, this is no longer the case in Vietnam.

Apple has not made any official announcements about price cuts, but large retail chains in Vietnam have slashed selling prices through big sale promotion programs.

In early November 2018, iPhone XR was sold in Vietnam at VND23 million for 64GB version. The current price is VND18 million. At smaller retail chains, it is VND17 million only.

Meanwhile, though hitting the market two years ago, in 2017, iPhone 8 Plus is still priced at VND19 million for the version with the same memory capacity.

This is the first time a newly launched Apple product has seen prices drop so sharply. It has become even cheaper than the previous-generation 2-year-old model.

“The sales of iPhone XR are slow and the inventory level is high. The slashing of the selling price is a part of our strategy to improve the competitiveness of the product,” said Dang Thanh Phong from The Gioi Di Dong, the largest mobile phone distribution chain in Vietnam.

He went on to say that iPhone 8 Plus, which was launched in the market in 2017, was still selling better than XR. However, with the latest price adjustments, the situation may become different.

“iPhone XR is a new model which has an infinity screen design, just like XS or XS Max. iPhone 8 Plus attracts buyers thanks to a dual camera and fingerpint sensor,” Nguyen Bich Hanh from FPT Shop said.

Both iPhone XR and 8 Plus have strong and weak points. iPhone XR has good performance with large screen and long battery use.

Meanwhile, the screen on the iPhone 8 Plus has a better display, and the machine is equipped with a dual camera system, which helps take better pictures in many conditions.

In the unofficial market, iPhone XR is offered at VND13.5 million for used products. However, despite the low prices, the model cannot attract buyers.

“The sales of iPhone 2018 models are worse than older-generation models. iPhone XR cannot attract buyers though we continuously adjust the selling prices,” said Cao Anh Lai, the owner of an iPhone retail chain in Hanoi.

In its market segment, XR has to compete with another Apple model – used iPhone X.

“Customers tend to choose iPhone X instead of XR. The model has better screen display, and it has a dual camera, while the performance is nearly the same,” Lai explained.