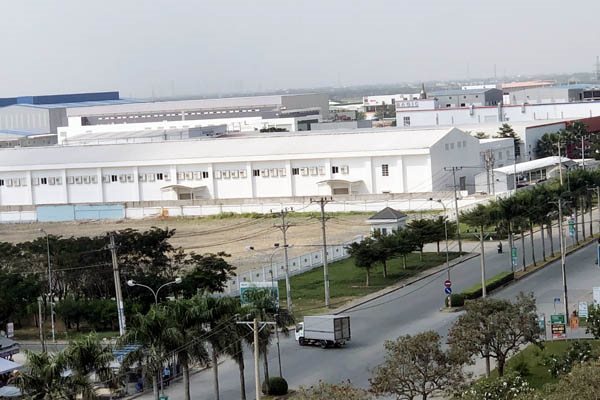 Of this, IZs contributed the biggest proportion to total revenue (27 percent, VND293 billion), an increase of 66 percent. Sonadezi’s post-tax profit reached VND271 billion, up by 51 percent.

Long Hau JSC (LHG) reported gross profit of VND93.6 billion, up by 20.6 percent. Its revenue from leasing land with infrastructure was VND159 billion, up by 21 percent, which contributed 77 percent to the total revenue.

Meanwhile, the revenue from leasing workshops and accommodations increased by 22 percent to VND28 billion.

JLL Vietnam’s Q1 real estate market report showed that despite negative influences from Covid-19, the demand for industrial land in the first months of the year was still high.

The occupancy rate in northern provinces was 72 percent, while the land rent was $99 per square meter, up by 6.5 percent. The rent of ready-built workshops was stable, hovering around $4-5 per square meter per month.

In the south, the average land rent was $101 per square meter, up by 12.2 percent. Meanwhile, the rent of ready-built workshops was $3.5-5 per square meter. The rate increased slightly in Binh Duong, HCM City and Long An, and stayed stable in remaining provinces.

A bright future has been predicted for IZ developers.

The Covid-19 outbreak has had strong impact on the world economy, disrupting the global supply chain and is believed to re-activate the movement of foreign investors relocating their factories out of China.

In other words, Covid-19 could be a ‘catalyst’ to speed up the relocation process which began when the trade war broke out.

Not only the US, but European countries and Japan have called on their companies to relocate their production lines out of China and commit to support the process.

VNDirect Securities believes that IZ real estate will see strong recovery after the epidemic because Vietnam will become a large alternative production center thanks to its position near China and the low labor cost.