With the rapid development of society, the toy market for children in the mid-autumn season has changed. Many toys are imported from other countries, while traditional products are slowly disappearing.

However, Bao Dap villagers still spend their day making lanterns in the hope that old-fashioned mid-autumn festival toys will survive and the festival’s spirit from previous generations will be preserved.

The lanterns are made from simple materials, including bamboo, glazed paper and the trunks of jute trees. All assembly is done completely by hand. There are three sizes of star-shaped lanterns with diameters of 30cm, 40cm or 50cm.

“There are many steps to the process, from splitting the bamboo to making the star-shaped frame, and then covering the frame with glazed paper to decorate,” said Nguyen Van Dinh, a craftsman in Bao Dap village.

Half of the 1,000 households in the village continue to produce star-shaped lanterns. Every year, the village produces up to 2 million lanterns which are sold across the nation.

According to Nguyen Van Quang, Deputy Chairman of the Hong Quang commune People’s Committee, each season, the traditional craft brings up to 150 million VND to each household in Bao Dap village.

“I have sold 30,000 lanterns since the beginning of the festive season,” Nguyen Minh Dang, a resident in the village told the Vietnam News Agency. “The price is 1.5 times higher than last year,” he added.

Although Bao Dap village’s products are not currently exported abroad, the village prestige is renowned nationwide, as their products have been sold throughout the country, bringing joy and happiness to children on the occasion of the Mid-Autumn Festival.

Besides mooncakes, lanterns are one of the most popular items sold during the Mid-Autumn Festival, which is celebrated each year on the 15th day of the eighth lunar month, falling on September 24 this year.

The festival is a special occasion for family reunions, especially for children, with many activities held.

It has been celebrated annually in many Asian countries for several hundred years. 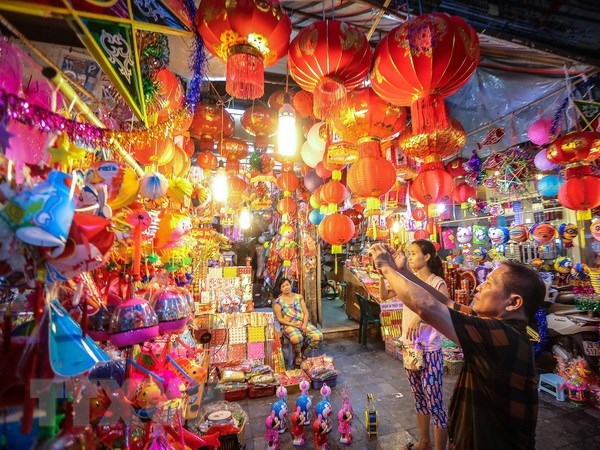 Toy market for children in the mid-autumn season 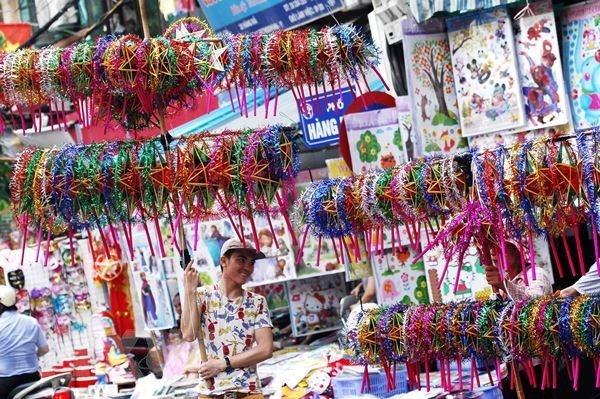