The last of the 35 cashew nut containers, the original documents of which were claimed by Vietnamese exporters to be missing because of a suspected scam, have been ultimately released under an Italian court rule. 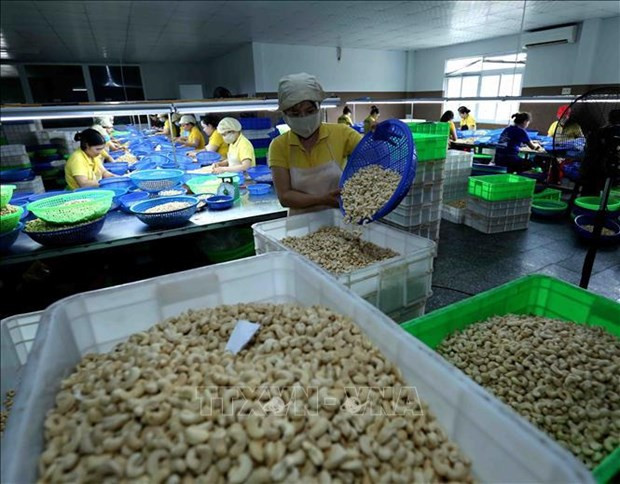 They are among a total of 100 containers of the product shipped to a buyer in Italy in March. As the containers had been already dispatched, with some having reached Italian ports, the Vietnamese sellers claimed that they had not received any payment as agreed from the buyer and had lost track of the original documents of the consignments.

After the case was taken to court in Italy, the sellers gained control of 12 containers in early April. The remaining 23 were returned on May 30.

According to attorney Davide Gallasso from Gallasso & Associati, a law firm hired to defend the six Vietnamese companies who initially owned the cashew nut containers, Italian courts have ruled in favour of all of the exporters and these are very important steps for them.

Three of the exporters have paid 150 percent of the value of their consignments as deposits for shipping lines to retrieve the goods while others have not agreed to do so and a criminal court in Genova has ruled that they can take back the goods or sell them to new buyers within 30 days of the verdict.
Similarly, a civil court in Larino has affirmed the right of the Vietnamese exporters to regain their ownership of the containers and rejected all objections and counterclaims from the buyer.

Gallasso & Associati attorneys are working with Italian customs and financial police to help the Vietnamese firms clear the containers from ports in the coming days.

Meanwhile, prosecutors in Naples who are investigating illegal actions of the buyer have requested the police and anti-fraud authority to search for and seize all the 35 stolen sets of the original bills of lading, affirming “Vietnamese exporters are victims of a fraudulent scheme”.

Those having already paid deposits are being supported to get refund from the shipping lines, which, according to the attorneys, will be more complicated and take much more time.

The attorneys have also recommended that to avoid similar incidents, it is important for Vietnamese companies to be more careful when negotiating international business contracts./.
Source: VNA