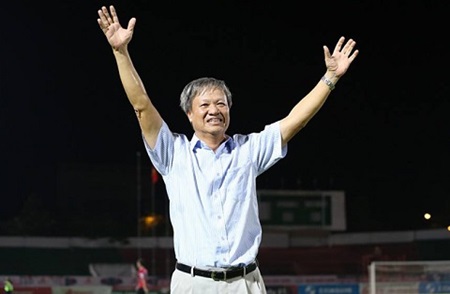 Coach Le Thuy Hai is returning to Thanh Hoa for the third time to help them lift the V.League trophy. — Photo bongda24h.vn

The 70-year-old coach will start working early next month before the national football tournaments begin.

His salary and other details of the contract have not been released.

Hai had coached Thanh Hoa during the 2001-03 seasons in the first division and then returned for the 2010-11 season, when the team were in the V.League.

Thanh Hoa are determined to improve their strength with the aim of winning the league for the first time this year.