VietNamNet Bridge – No one knows exactly about the actual business performance of state owned enterprises (SOEs), and no one has sufficient information enough to give early warnings to businesses.

VietNamNet Bridge – No one knows exactly about the actual business performance of state owned enterprises (SOEs), and no one has sufficient information enough to give early warnings to businesses. 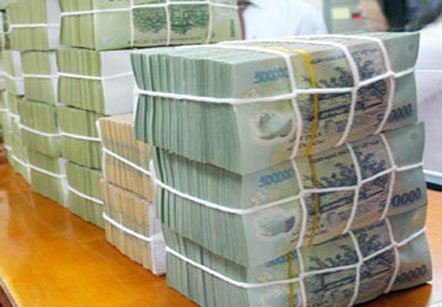 The lack of transparency harms the national economy

Pham Duc Trung, Deputy Head of the Enterprises Reform and Development Division under the Central Institute for Economic Management (CIEM), complained that his division has been assigned to collect and analyze information about SOEs, but relevant ministries cannot provide sufficient information. This means that the economists have to rely on the businesses’ reports submitted to the Ministry of Finance.

“Because of the lack of transparency, the State, as the owner of enterprises, finds it hard to control the efficiency of its investment activities,” Trung noted.

He went on to say that even the government also has not had a general report about the SOEs to make public and submit to the National Assembly. Therefore, there still has been no panorama about the operation and business efficiency of the State economic sector.

Regarding the financial assessment, Trung affirmed that no one knows exactly the financial efficiency and the value of SOEs in the national economy, because Vietnam has never valuated state owned enterprises in accordance with the market prices.

The lack of transparency and the mismanagement both can explain why state owned conglomerates have swelled out with hundreds of newly set up subsidiaries in the fields of securities, real estate and finance investment. Meanwhile, this has not been informed to state management agencies.

Under the current regulations, only the SOEs which make profit, have the return on equity increasing year after year, which have no overdue debt, do not violate the laws, would be listed as A-class enterprises.

However, Vinashin, Vinalines, the two enterprises which are on the verge of bankruptcy, still had been ranked “A” until their problems were discovered. Debates still continue since 2009 about the real assets, the state’s capital, the debts and the losses incurred by the shipbuilder Vinashin.

Ministries supervise, but do not take responsibility

A question has been raised--that who and what agencies have to take responsibility for the wrongdoings at state owned conglomerates? But the question remains unanswered.

The Ministries of Transport, Finance, Planning and Investment all have denied their responsibility in the cases. Especially, a minister even argued that the economic group was assigned too many tasks.

Analysts have commented that the ministries, which act as the state management agencies, only undertake the job of supervisors, while they do not take responsibility for their supervision.

Some SOEs still pay high salaries to their workers, despite the unprofitable business result. Tong Thi Minh from the Ministry of Labor, War Invalids and Social Affairs, when asked about this, explained that enterprises submitted the wage plans which predicted the profit of trillions of dong. Therefore, she found the suggested salaries reasonable.

The loss was only discovered one year later, when tax agencies audited the businesses’ performance. However, it was too late to prevent enterprises from paying such high salaries, because the salaries were delivered already.

The Ministry of Planning and Investment complained that it does not have sufficient information to make general report, because 80 percent of businesses do not submit annual finance reports to the business registration agencies. Meanwhile, the question about the accuracy of the reports remains open.

As such, the lack of information has been regularly reasoned by relevant ministries to say that they stay “innocent” in the enterprises’ big problems.