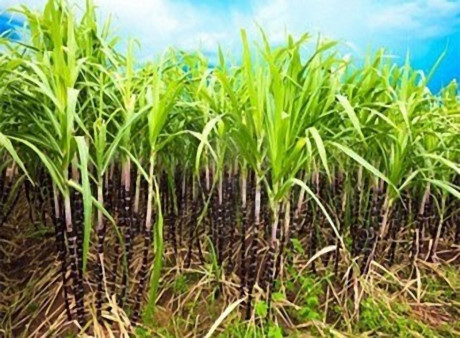 The Vietnam Sugar Cane and Sugar Association (VSSA) estimates that the 2017-2018 crop output would be 1.5 million tons. If counting on the imports under the quota and the imports from Laos, the total supply will absolutely satisfy the domestic demand, therefore, the price will be stable.

However, VSSA warned that if smuggling cannot be controlled as it was last year, the domestic market would be affected.

Smuggled goods are a big threat not only to manufacturers, but also to trade companies. Smuggled sugar is about VND1,000 per kilo cheaper than domestic products.

Pham Quoc Doanh, chair of VSSA, said he knows some businesses which register to make sugar in the central region, but they don’t have production workshops. They just pack smuggle sugar and sell in the market under the companies’ labels.

Smuggled sugar is mostly brought from Thailand, where the sugar price is much lower.

The threat not only comes from smuggled goods, but also from trade fraud. Dang Thi Thu Hang from Tra Vinh Sugar JSC said many Vietnamese businessmen register to temporarily import sugar from Thailand for re-export later to China.

However, in fact, the ships carrying sugar, after docking at the Hai Phong Port, do not head for China, because the importers sell sugar in the domestic market.

Sugar manufacturers, heavily criticized for low production capacity despite the protection policy at high sugar prices have once again called for more support policies. They said if the government turns its back on the call, the industry will be threatened by Thai manufacturers which enjoy preferential policies.

VSSA has proposed to the Ministry of Finance a tax on sugar products imported within  5 percent quotas, not only on imports from ASEAN, but also from other sources such as Brazil, Australia and India. This will help diversify the supply source. Meanwhile, the current tariff will still be applied to non-quota imports.

It is expected that the amount of inventory sugar by the end of 2017 would be 152,000 tons. Therefore, VSSA believes the supply and demand would remain stable in 2017.