China always keeps the ambition to expand territory and increase its influence.

Therefore, international organizations will be the places to solve these problems, according to Michael Dukakis, former Governor of the state of Massachusetts in the US. He spoke to VietNamNet on the tensions caused by China. 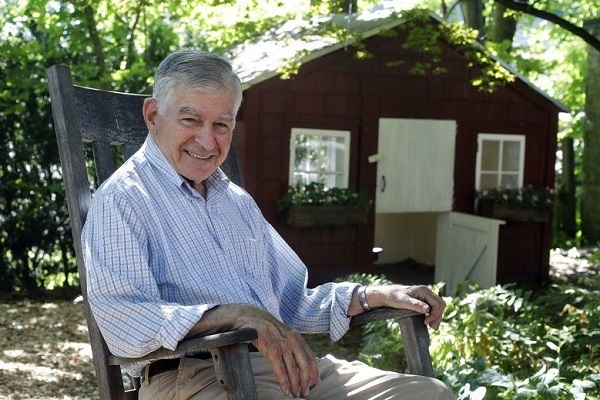 What do Americans think about the happenings in the East Sea?

This can be seen in the statement by Morgan Ortagus, the spokesperson for the US State Department. “China should cease its bullying behavior and refrain from engaging in this type of provocative and destabilizing activity.”

The US always opposes the persecution and threat of any party to assert territorial or maritime claims.

It is obvious that China is undermining regional peace and security when reclaiming and militarizing the outposts in the East Sea, using militia forces to provoke, intimidate, oppress other countries in an attempt to make illegal maritime claims in the sea.

What is happening in the East Sea is really worrying because this is an important maritime route. It is estimated that trillions of dollars worth of goods are transported across the sea every year, accounting for about 30 percent of global maritime transactions, including large amounts of oil and trillions of billion dollars of the US annual trade. America has rights here.

Looking back at China’s deployment of HD-981 oil rig in Vietnam's exclusive economic zone and continental shelf in 2014, the US called China's unilateral action that weakened the peace and stability in the region, and the US expressed its concern about the danger.

The US calls on parties to refrain and ensure navigation freedom, settle disputes peacefully, in accordance with international laws.

Vietnam has an important geopolitical position because of its connection with the East Sea. So how does the US see Vietnam in its strategy in Asia - Pacific?

As for China, the country always cherishes the ambition to expand the territory and its influence. Therefore, international organizations will be the places to solve these problems.

For example, the Philippines filed a petition to the International Court of Justice and they received a ruling that China violated international law. China said they are not interested in the judgment, but I think it really concerns China. When an international court judges that you are wrong, you won’t be able to ignore the judgment and continue to act arbitrarily.

Vietnam is currently the leading trading partner of the US and China. Vietnam should behave as important partners to both powers. I want to emphasize again, Vietnam can establish its position with both the US and China in a coherent and clear way. For example, Vietnam could help America in the North Korean issue.

It would be better to consider them as partners and keep relations with them on equal terms, not care about big and small countries, thus contributing value to the world. Be mild, but don’t let any country, no matter if it is a big or small country, bully or infringe.

To this end, Vietnam needs to have a mechanism to promote the total strength of 96 million enthusiastic people, with the spirit of undaunted struggle to protect territorial sovereignty and national dignity. That is the biggest strength of Vietnam.

China is doing a bad thing infringing on national sovereignty in the East Sea. So what should you do now?

Our generation witnessed the tense confrontation between Russia and China and the US and Russia in the cold war. Many people then thought of a war. But finally, dialogue helped settle the problems.

When there is a risk of conflict, or even war, it is necessary to create an international forum for all countries in the world to discuss and support each other to settle the issues peacefully, not to let small countries be bullied.

Peace between countries and in the world is established only when we all work together to build common standards. No country can do this alone. America cannot be a police officer for the whole world. In order to have common standards that underlie peace, we need the common efforts of the international community. All countries must participate in this.

The world needs standards, and countries need to connect on the basis of common standards. There is no perfect model at the moment, but it is necessary to accept the best model available, thereby continuing to improve it. If you do not accept common social standards, it will cause conflicts and disputes.

That is also a way to resolve conflicts. If this or another country decide to do on its own, violating the rights of other nations, the system will collapse. In particular, large countries such as the US, Russia and China must take responsibility to ensure the world is functioning well on the basis of respect for those common standards.

China is making waves in the East Sea

The foundation to ensure stable peace and Vietnam's sovereignty over the East Sea is to gather and promote national strength and enlist the support of nations in the world.

Malaysia stands firm on its position that the East Sea issue must be managed in a peaceful and rational manner through dialogue and consultation.

Vietnam has a full legal foundation and historical evidence to back up its sovereignty claims over the Truong Sa (Spratly) and Hoang Sa (Paracel) islands and calls for all countries to respect international law.

Indonesian Minister of Foreign Affairs Retno Marsudi has called all parties to respect international laws in response to the recent escalating tensions in the East Sea.

Malaysian Foreign Minister Hishamuddin Hussein on July 16 affirmed his country’s consistent position that parties should work together to ensure peace, security and stability in the East Sea.

Since joining ASEAN on July 25, 1995, Vietnam has always proactively communicated and cooperated with other member countries on promoting the bloc’s common role and each member’s interests on the sea.

Philippine Defense Secretary Delfin Lorenzana has raised alarm over China's holding of military exercises in the East Sea, saying the move could create tension in the region and impact Beijing’s relationship with its neighbours.

Vietnam has issued a note to China to protest an illegal military drill conducted on islands that rightfully belong to Vietnam.