Vietnam urged relevant countries to strictly abide by the provisions of the United Nations Convention on the Law of the Sea 1982 (UNCLOS). 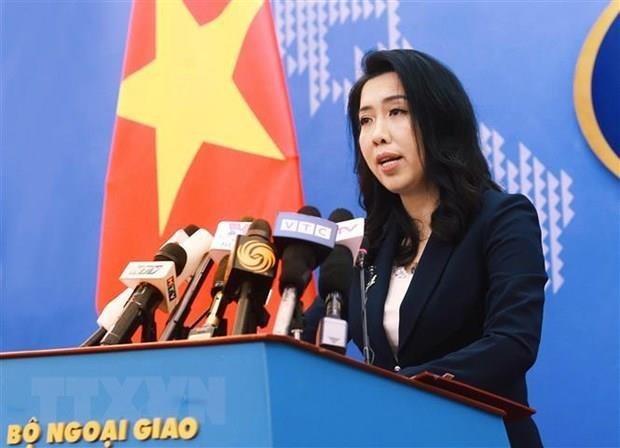 Vietnamese functional agencies have kept a watch on developments in the East Sea, Hang affirmed./. VGP

Dr. Gerhard Will, a German expert on the East Sea, has said that China should quit its militarisation in the East Sea and show its willingness and cooperation capacity in security and economy

The US on April 6 said it was "seriously concerned" about China's reported sinking of a Vietnamese fishing vessel in the East Sea.

Vietnam requests China to respect its sovereignty and take no actions that escalate tensions and complicate the situation, affecting peace and stability in the East Sea and the region,

As a home to many documents and objects relating to Hoang Sa Flotilla soldiers, the Hoang Sa Flotilla Memorial House is a must-see cultural and historical site for visitors to Ly Son Island, Quang Ngai Province.

A book featuring stories and photos about Vietnamese navy soldiers on the Truong Sa (Spratly) Islands has been published recently in Hanoi.

Ly Dinh Quan, director of the Songhan Incubator, one of the first private start-up incubators in Vietnam, talks with reporter Chi Lan about the role of the private sector to support a new generation of start-ups in Vietnam.

Australia and the Republic of Korea (RoK) expressed their grave concern over recent developments in the East Sea at the fourth Australia – RoK Foreign and Defence Ministers Meeting in Sydney.

Pham Hai Anh, Vietnam’s representative to the United Nations, on December 10 affirmed Vietnam’s consistent stance that all disputes should be settled via peaceful measures, in line with international law.