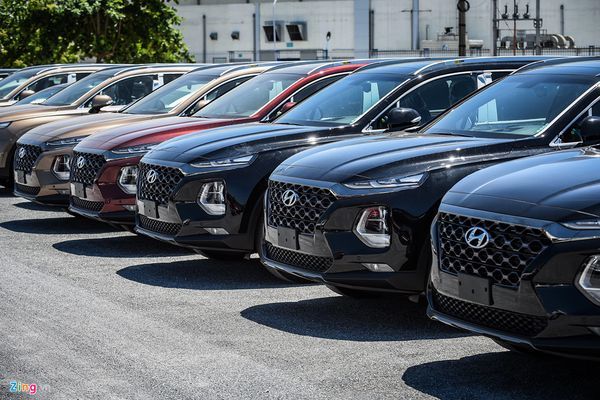 A number of agencies, enterprises and voters have sent documents to the Government and Ministry of Finance (MOF), asking to design preferential policies to develop certain strategic automobile lines.

MOF is joining forces with MOIT to work on policies and measures to support and encourage the development of automobile manufacturing and assembling, and increase the added value created domestically.

MOF said it will study, assess and propose tax policies for strategic car lines during the process of amending of the Special Consumption Tax Law in the time to come.

At present, the luxury tax on the cars with 9 or fewer seats is based on cylinder capacity.

As for PHEV and EV, the luxury tax rates are equal to 70 percent of the cars of the same kinds using petrol.

The luxury tax is one of the important policies that automobile manufacturers expect to be amended the most.

In 2017, MOIT proposed the exemption of luxury tax on car parts made domestically, saying that the policy, if approved, would allow automobile assemblers to cut production costs, thus helping them reduce selling prices and improve competitiveness in the market.

However, no final decision has been made and agencies are still studying the luxury tax policy.

In early 2019, in the draft of the law on amending and supplementing articles on the luxury tax, MOF proposed a new luxury tax calculation method: a taxable price for cars with 9 or fewer seats, made and assembled in Vietnam, would be the price at which manufacturers sell their products minus the value of domestically made components and spare parts.

Experts, applauding the proposed policy, said it would encourage enterprises to seek domestically made car parts instead of imports, thereby helping supporting industries and increasing the localization ratio.

There are large-scale investment projects in automobile and car part manufacturing in Vietnam. By creating chassis from plate steel and other components, businesses could obtain a localization ratio of 40 percent. Experts estimate that if the luxury tax on domestically made car parts is exempted, car prices would decrease by 20 percent.