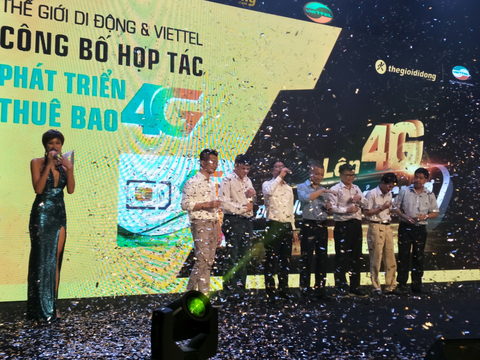 Under the partnership, Mobile World will give customers free upgrades to have a Viettel 4G SIM.

The companies will also offer many promotions to customers who buy 4G phones at their stores nationwide.

With these efforts, the two companies are targeting a total of 1.2 million Viettel 4G subscriptions from now to October.

As of April, Mobile World had over 1,400 stores in 63 provinces and cities.

On average, about 700,000 mobile phones are sold monthly, with 50 per cent of them using 4G technology.

Last year, the company sold 3 million SIMs, and the figure is expected to increase to 5 million this year.

The Viettel SIM accounts for 42 per cent of the total number of SIMs sold by Mobile World.

Viettel is big network provider with 50 per cent of market share. The company provides 4G service throughout the country.