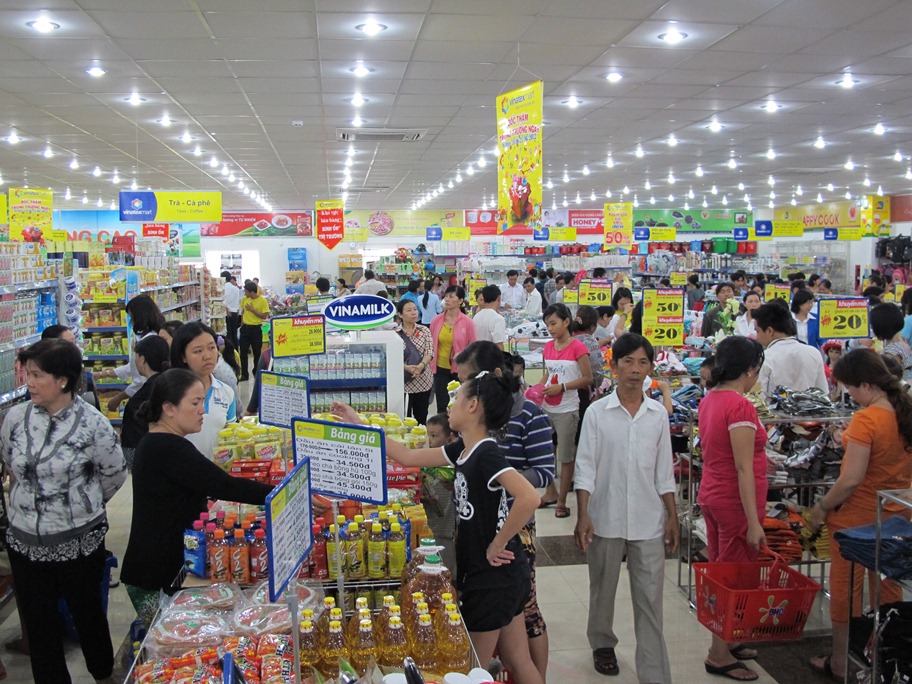 The Vietnamese retail market has been growing rapidly

According to Ban Viet Securities, the size of the home appliance market in the country increased from $3.2 billion in 2014 to $4.6 billion in 2017, a total growth rate of 43 percent in three years.

In general, Vietnam is just at the beginning of the modern shopping trend. When consumers’ income improves, this will lead to higher requirements for service quality and shopping experiences.


This means there are still many great opportunities for modern retailers in FMCG (fast moving consumer goods), jewelry, mother & children’s products and pharmaceuticals.

Surveys by Kantar Worldpanel and Nielsen found that from August to October, the modern retail channel (supermarket, hypermarket, convenience stores and mini supermarkets) made up 8 percent of total sales of FMCG.

In cities, the sales growth of convenience stores and mini supermarkets was 26 percent, while the figure was 10 percent for supermarkets and hypermarkets.

Analysts noted that small stores have higher growth rates. In the months from September 2016 to September 2017, the number of sales points of leading store chains such as CoopMart, VinMart, Big C, AEON and Lotte Mart remained nearly the same.

Meanwhile, the three leading mini supermarket chains opened more and more shops. Bach Hoa Xanh, for example, expanded its network from 50 shops to 250, Co-op Food from 100 to 180 and Satra Foods from 85 to 140.

As for jewelry, according to Forbes, Vietnam has 12,000 jewelry shops, most of which are small shops which mostly sell low-added value products with simple design.

However, some leading jewelry chains see increasingly high demand and have been expanding their networks. PNJ (Phu Nhuan Jewelry), for example, has announced a plan to open 500 shops by 2022.

As for mother and children products, Concung.com and Bibo Mart, the two leading modern retail chains, both increased their number of shops by twofold.