Not only one, two or several businesses, but numerous foreign invested enterprises (FIEs) have disappeared.

VietNamNet Bridge – Not only one, two or several businesses, but numerous foreign invested enterprises (FIEs) have disappeared. 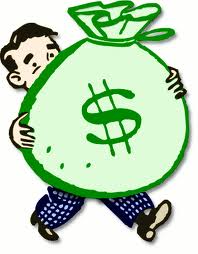 Experts have alarmed about the new wave of FIEs escaping from Vietnam, leaving unpaid debts to the State, workers and partners.

When taxation officers came to the head office of APL International Company Ltd, a 100 percent Malaysian invested enterprise, at its registered address in the Go Dau Industrial Zone in Dong Nai province, in late November 2012, they could only see a dusty workshop and some parts of the production line that makes gloves. These were all the assets the Malaysian boss left when he escaped from Vietnam.

A management officer said that in general, when preparing for leaving, the foreign boss tried to scale down the production step by step. After that, the boss left for the home country first, and then key management personnel followed him.

“When we asked why they carried machines away, they said they brought them to have problems fixed. The local authorities were only informed about their leave when workers cried for help. However, they have vanished into the air,” the officer said.

APL is not alone. The list of the enterprises, whose bosses have decamped, has been prolonged. The factories, which were noisy with the production activities, have turned into the quiet devastated workshops. The only assets the bosses left are the old machines and equipment, which are not valuable enough to pay debts and salaries to workers.

The local authorities have revoked licenses from 17 FIEs which have the same above said problems.

These include K.Y Seritech Vietnam which specializes in making electronic parts. The boss of the company quietly carried equipment away from the Amata Industrial Zone, while the owner of the company has left for Canada. The company reportedly owes 620 million dong in tax and workers’ pay

The 100 percent South Korean Silver Star Vietnam, a garment company, for example, had not paid the tax worth 29.6 billion dong. Nothing has been left at the head office, including machines and equipment.

The owner of Magnicon Vietnam, a textile company, has also returned to Taiwan, leaving the deserted workshop in District 12 and the unpaid debt worth 5 billion dong. The leadership of Hae Kwang Vina Company has left 23 billion dong worth of debt and 200 unpaid workers.

When the business owners run away, not only the State suffers because it fails to collect tax, but thousands of workers also fall miserable, because they cannot get paid for their work.

Hoang, a worker of E. Green Vietnam, said she just came to the Binh Tan district’s Labor Union to get money after the assets of the company were sold by the order of the court.

She said that the company still owes her some ten million dong in wages, but she received only some hundreds of thousands of dong, because the assets left by the bosses are not valuable.

Doan Phi Van, a senior official of the HCM City Customs Agency, said hundreds of FIEs have disappeared, while their bosses have run away, leaving the tax debts worth hundreds of billions of dong. However, the tax sums prove to be unrecoverable, because taxation bodies don’t know where they should go to collect debts.