Leaders of HCMC Tourism sector  welcome tourists  from the  yatch

This is also the first cruise ship passenger group coming to Ho Chi Minh City when the tourism industry reopens to international visitors after the Covid-19 epidemic. Thus, city tourism has returned to normal to be ready to welcome holiday-makers visiting by air, road, and sea.

Saigontourist Travel announced good news that many international delegations booking previously started to depart for Vietnam, the most are still visitors from Europe, America, Australia. A series of autumn-winter tours are also introduced to travelers. Some businesses are looking for ways to access new markets instead of traditional markets such as China, Russia, and Korea.

Notably, travel agencies have taken heeds of potential tourists from India, Thailand, and Malaysia, when there are continuously many delegations to the southern metropolis and other localities to learn about the market for their program. 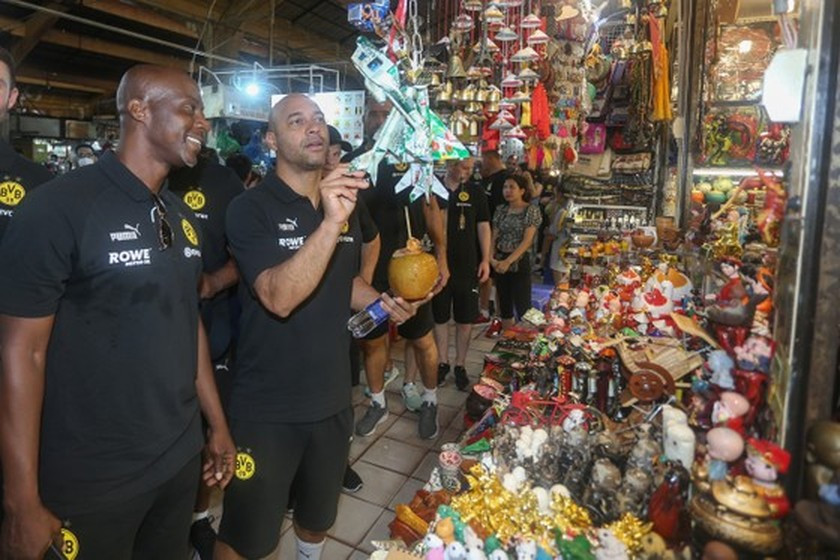 Leaders of Hoc Mon and Cu Chi outlying districts also said that they are studying and considering building a project to develop the night economy in the area.

Thanks to new tourism products, Ho Chi Minh City quickly received many large groups of tourists, right after the pandemic was brought under control. Travel businesses revealed that many delegations from Europe, the US, Australia will continue to come to Ho Chi Minh City at the end of this year and at the beginning of the new year 2023, not to mention the small groups of a few dozen people per group still coming regularly.

Mr. Thai Doan Hong, Director of Thanh Thanh Tourism Company, shared that every week the company welcomes 2-3 international delegations, mainly European and Australian visitors, to Ho Chi Minh City who will head for provinces in the Mekong Delta or other localities.

U.S. magazine Condé Nast Traveler has listed Ho Chi Minh City among seven destinations that are seeing surges in interests from American travelers this fall. Regarding the strategy to attract tourists in the coming time, Mr. Vo Anh Tai, Deputy General Director of Saigontourist Group, informed that the unit is promoting tourism promotion activities to potential markets. Currently, the company is operating at full capacity.

Efforts to change and renew the products of Ho Chi Minh City's tourism industry in the immediate future have gained certain achievements.