Many classrooms in Thanh Hoa and Son La provinces have been ruined by heavy rains over the past two days.

Many classrooms in Thanh Hoa and Son La provinces have been ruined by heavy rains over the past two days. 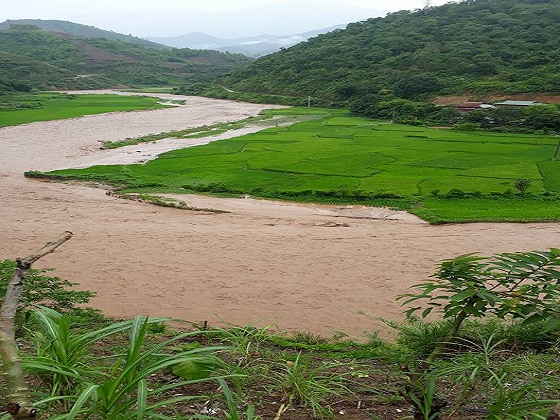 Ngo Phi Hung, head of the Department of Education and Training in Quan Hoa District, Thanh Hoa Province, said on August 30 that heavy rains and landslides had destroyed many classrooms the previous day.

A number of classrooms at Trung Son Primary School were buried. Hung said they had ordered to let the pupils stay at home as they would have to cross rivers and streams to get to the school so no one was at school during the incident. Teachers had to clean up the site and moved equipment to other rooms. Officials from the Department of Education and Training also arrived at the scene.

Heavy rains in Quan Hoa District have caused severe landslides Tang Village and destroyed two houses on August 28. No one was hurt but most of their belongings were damaged. The rising water level in Ma River caused erosion and destroyed the house of Ha Van Thuat and damaged many other houses as well as the roads.

The authorities of Trung Thanh and Trung Son communes already evacuated several households to avoid landslides. An inspection team of Quan Hoa District People's Committee will survey the scene and implement measures to deal with the rains. It is expected that more households will be evacuated out of danger zones that are prone to landslides and flash floods.

The district leaders also visited and supported VND1.5m each to those whose houses had been destroyed and damaged in the landslides. They will also help repair the houses and provide food to the residents.

The rains also killed one in Son La Province and ruined 25 hectares of rice.  Many roads as well as Ta Hoc Secondary School and Ta Hoc Primary School were flooded. Many tables and chairs and school equipment were damaged.

Some photos of the aftermath: