However, there has been no official conclusion about how the officials became involved in the scandals. 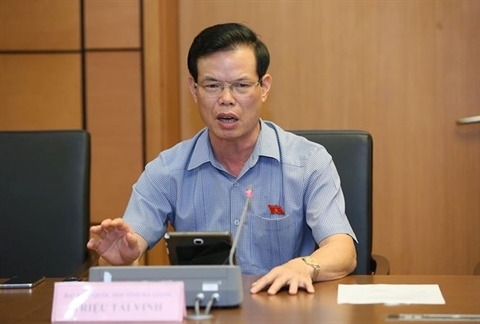 The latest report summarizing voters’ opinions submitted by the Vietnam Fatherland Front Central Committee to the National Assembly shows that people asked to publicize the names of the officials getting involved in the case and punish them heavily.

Nguyen Quang Tuan, a deputy from Hanoi, said people have the right to be informed about the truth and know the names of the high ranking officials. However, he emphasized that it is necessary to find out if the officials commanded the illegal adjustment of exam scores.

According to Luu Binh Nhuong, deputy director of the National Assembly Commission for People's Aspiration, the publication of the names of the officials whose children and relatives got involved in the exam cheating scandal has been done by local newspapers. However, voters still want an official statement from appropriate agencies.

“The names of the officials can be found in newspapers. However, appropriate agencies need to raise their voice about this and clarify the responsibility of the officials,” Nhuong said.

NDH, 45, from Hanoi, said he thinks agencies still have not made any official statement because the case is still under investigation. However, the process needs to be sped up as people are eager for the investigation results and they want to see violators punished heavily.

“The current laws impose heavy sanctions on exam cribbers. So there must not be any reason to be light-handed with violators in such a serious case,” he commented.

“The case must not be left on the shelf because it is extremely serious, and people won’t let this happen. People will lose confidence in the national education system if the problems cannot be clarified,” he said.

Nhuong, when emphasizing that everyone is equal before the law and that there must not be ‘no-go’ zone, said that Minister of Education and Training must be the first official responsible for making public the names of the officials. In addition, the heads of provinces must be in charge of doing this in their localities.

Vinh’s daughter was found with an exam score illegally adjusted in the scandal, but he denied involvement in the case.

The Ha Giang Police on Monday prosecuted three people for high school exam cheating and forbade them from leaving their living areas.