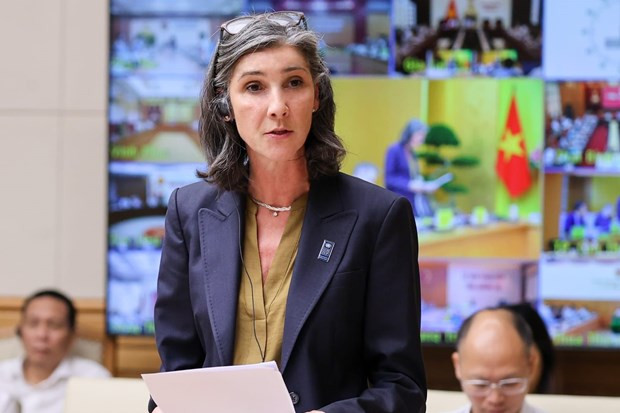 Through the speech, the PM sent out Vietnam’s strong message of climate change to international partners, she continued.

The official expressed her hope that Vietnam will consider adjusting Decree 114/2021/ND-CP on the management and use of official development assistance (ODA) and foreign preferential loans in order to meet requirements of international organisations and development partners during the implementation of development support projects in Vietnam.

Giang, for his part, said he hopes that the UNDP will continue to support Vietnam in fulfilling sustainable development goals, share its experience, and provide consultancy for the country in policy making.

He also called for UNDP’s assistance to Vietnam in the country’s efforts to achieve targets set at the 26th UN Climate Change Conference of the Parties (COP 26) that took place in the UK last year, and in the negotiations to set up a partnership in energy transition with G7 countries.

The ambassador suggested the two sides closely coordinate in celebrating the 45th anniversary of the Vietnam-UN relationship in late October./. VNA