Nicknames of Vietnam’s biggest bigwigs: Where do they come from?

It is not unusual for Vietnamese billionaires to be assigned informal nicknames by the public, media or colleagues. While most accept the monikers bestowed on them, others are less comfortable with what they are called.

VietNamNet Bridge – It is not unusual for Vietnamese billionaires to be assigned informal nicknames by the public, media or colleagues. While most accept the monikers bestowed on them, others are less comfortable with what they are called. 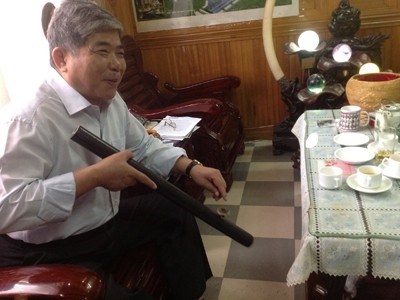 Being the second son in the family, Doan Nguyen Duc, the owner of Hoang Anh Gia Lai Group, was called by his relatives “Ba Duc”, meaning “Duc, the second child”, according to the custom of the central region’s people.

However, he is better known in the business community as “Bau Duc”, meaning “football club owner Duc”. That’s because he owns the Hoang Anh Gia Lai Football Club, a big name in the Vietnam Premier League.

Though he is the president of Hoang Anh Gia Lai Group, which is involved in many different fields, from real estate and rubber growing to hydropower and agriculture, no “business nickname” has been granted to Duc.

Le Thanh Than, the owner of the Lai Chau-based Construction Private Enterprise, is a major tycoon who has developed numerous real estate projects across the country. His great fortune is exhibited by the Rolls Royce he roams around in.

The moniker Than has ended up with, however, does not dwell on his fortune or his luxurious car. Since he always wears simple clothes and follows a simple lifestyle(well, with the exception of the Rolls), he has been dubbed “Dai gia dieu cay”. That translates to “the hubble-bubble tycoon”, reflecting the businessman’s preference for smoking tobacco from a water pipe (the hubble-bubble) typically used by farmers.

In Vietnam, young men and people of stature don’t smoke pipe tobacco – only farmers or old men in rural areas like Than’s.

The owner of the Dai Nam Tourism Complex, Huynh Uy Dung, has been given a similarly modest nickname, despite assets believed to be worth trillions of dong. He is called “Dung Lo Voi” (“Dung of lime-kiln”).

Before striking it rich, Dung was a state employee in Thu Dau Mot Town of Binh Duong Province. He then took an extra job – making lime and color-washing walls.

Being the first Vietnamese businessman recognized by Forbes as a dollar billionaire, Pham Nhat Vuong, the President of Vingroup, the largest real estate group in Vietnam, was originally dubbed the “dollar billionaire”, appropriately enough.

However, Vuong’s ambitious plan to develop Hon Tre, a deserted island off the city of NhaTrang, into a high-end resort, has earned him a new nickname: “Chua Dao Hon Tre”, or “King of Hon Tre”.

In fact, Vuong is not the first businessman to be granted a putative island monarchy from the public. The title of “Island King” was assigned to Dao Hong Tuyen, President of Au Lac Company Ltd, for his plans to develop the Tuan Chau tourism complex on Tuan Chau Island in 1997. The project was described by many at the time as “crazy” and “too ambitious”.

The nicknames of other businessmen, to some extent, relate to their business fields or hobbies. Businesswoman Nguyen Thi Mai Thanh, who holds the post of General Director of the Refrigeration Engineering Enterprise (REE), which owns the well-known brand of Reetech air conditioner, has for the last 30 years been called “Nu tuong REE”, or “REE’s Lady General”.

Phan Hung Cuong, a young entrepreneur belonging to the “8X generation” (those born in 1980s), is known as “Cuong Luxury”. He earned that title from his collection of luxury cars; he is also chair of Luxury Cars Showroom.

Meanwhile, “Cuong dollar”, the son of the President of Quoc Cuong Gia Lai Group, a real estate group, said he feels uncomfortable with the moniker assigned to him.