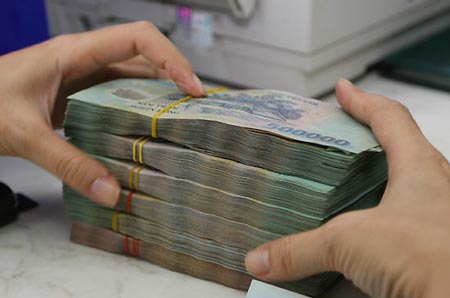 Du, speaking at a recent workshop on Vietnam’s opportunities as a Trans Pacific Partnership Agreement’s member, emphasized that Vietnam has gained the second highest growth rate in the world, just after China, in the last 30 years of doi moi (renovation) in Vietnam.

Some analysts commented that only in 100 years would Vietnam be able to catch up with Singapore and South Korea. However, Du thinks the analysts are too pessimistic.

To have a more objective viewpoint about the Vietnam economy, one needs to see how the gap between Vietnam and the other economies have narrowed over the last 30 years.

The GDP per capita of Singapore, for example, was 24 times higher than that of Vietnam’s 30 years ago. The figure is 15 times at present.

Meanwhile, the gap between South Korean GDP per capita and Vietnam’s has narrowed from 9.5 times to 6.5.

The figures show the great improvement of the Vietnam economy over the last 30 years. The current income per capita is now at $6,000, while it is expected to reach $10,000 in five years and over $11,000 by 2024, during a consumption boom period.

“In the last ten years, there has been no investment channel which can bring nominal yield higher than the average inflation rate,” Du said. “This means that if people inject money into investment channels, they could not get real positive profit."

When Vietnam joined WTO and began integrating more deeply into the global economy, people hoped that Vietnam economy would grow by 3-4 times. However, the growth rate remains stable.

Only a modest number of enterprises investing in the real estate sector or exploiting natural resources can make big profit. The added value in the service sector and goods production is created by foreign invested enterprises.

In 2006-2010, many domestic businesses decided to speculate instead of pouring money into production, because speculation can bring high profit.  And this is the problem of the modern economy.