Dr of Psychology Tran Thanh Nam, citing the figures, stressed that it is necessary to pay serious attention to the mental health of children of school age. 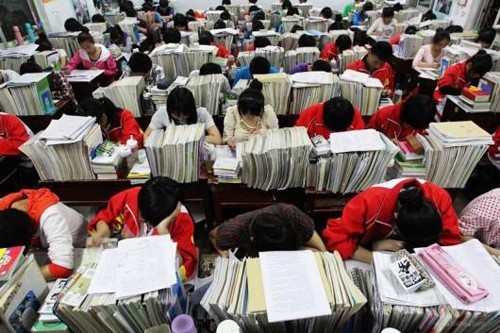 Dang Hoang Minh from the Hanoi University of Education, a member of the Hanoi National University, said at a recent workshop that about 50 percent of children aged 14-15 have mental health problems, and the number of suicides is on the rise.

Most recently, the fact that Malaysian twins who were students at an international school in HCM City killed themselves has once again raised concern about mental health of students.

A research work found that 90 percent of those who commit suicide have signs of poor mental health but they sought mental health services too late. Studies show that cases of medical intervention for mental health problems could be up to 10 years late.

According to Nam, there are many causes for a student's mental trauma. One of them is the psychological trauma caused by the living and learning environment.

The things that put pressure on students include conflict between parents’ expectations and children’s wishes; conflict with friends and other social relationships (being isolated, bullied, direct or online violence); and conflict with teachers regarding learning methods and expected outcomes. In addition, other issues can also cause pressure such as personal physical health problems, legal problems or family financial risks.

This explains why children cannot seek help when they are at an impasse. Many of them are victims of bullying and abuse in social networks and feel that they cannot find a way out.

There is no full awareness of mental health in the community as well as policies so people are slow to seek out help. People still have prejudices about mental trauma. Many people still believe that people with mental health risks are dangerous, and cannot control their behavior.