VietNamNet Bridge – An bullet of unknown origin went through the roof and hurt the leg of a woman in the central province of Quang Tri. The local authorities are investigating the incident.

VietNamNet Bridge – An bullet of unknown origin went through the roof and hurt the leg of a woman in the central province of Quang Tri. The local authorities are investigating the incident. 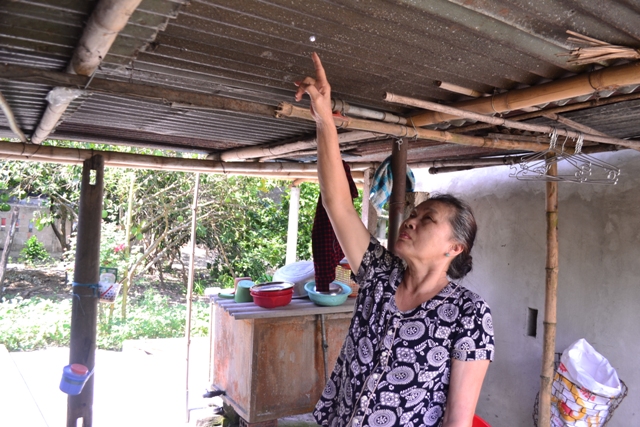 The hole on the roof, which was made by the bullet.

Thanh was walking from the garden into the house when the bullet suddenly went through the iron roof to hit her right knee.

Family members quickly gave her first aid and then brought her to Hue Central Hospital for surgery.

Doctors took the bullet from Thanh’s leg and the bullet was handed over to local authorities for investigation.

Hai Thuong commune officials said on the day of the incident, there was no training activities of the armed forces. The cause of the incident is still under investigation.