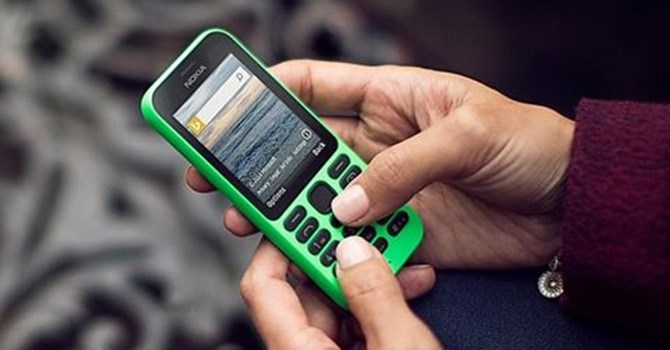 According to GfK, the sales of low-cost mobile phones in Vietnam  from November 2015 to January 2016 increased slightly, while the sales of slightly more expensive products (VND3-4.5 million) decreased.

Low-cost products are those priced at less than VND3 million. This is the liveliest market segment with sales higher than 2-3 times than mid- and high-end products.

No increase in the sales has been reported for phones priced at below VND500,000, i.e the products with only basic features allowing to make and receive calls and messages. However, the revenue from the products is still high.

In Vietnam, feature phones with old designs are called ‘cuc gach’ (brick phones), or ‘stupid phones’ to differentiate from ‘smartphones’.

In January alone, 731,600 ‘brick phones’ were sold, which was seven times higher than the 133,500 high-end products sold in the same month, which included Apple’s iPhone, Samsung’s Galaxy S and Galaxy Note, and some high-end models of LG, HTC and Sony.

The GfK’s report also showed the slow sale of the mid-end products, priced at between VND8.5 million and VND10 million. The revenue from the products was lower than any other product.

In Vietnam, there are many mid-end models for users’ choice. These include Moto X Styles, Oppo F1 Plus, Lumia 950, Xperia M5, HTC One M8 Eye and Huawei G7 Plus. However, the purchasing power is very weak.

An analyst said the models have seen the prices drop dramatically because they prove to be worse than expectations. Meanwhile, some models have been overvalued, and cannot attract buyers.

The analyst went on to say that though it is now the ‘smartphone era’, many Vietnamese, including middle-class income earners still like using ‘brick phones’.

Nguyen Hoang Nam, an office worker, said he has two mobile phones in his pocket, an iPhone 5S and a Nokia ‘brick phone’.

“In fact, I enjoy using my Nokia feature phone because I don’t have to charge my battery every day, which have to do with my iPhone 5S,” he explained

Ho Hong Nga, a high school teacher, said that she only needs a feature phone to keep in contact with people.

“If you don’t need to chat on Facebook, why do you still need an expensive smartphone?” she said.

The good sale of feature phones and low-cost smartphones priced at below VND3 million shows that the market segment remains a ‘blue ocean’ for phone manufacturers.

More manufacturers have joined the market segment, including Wiko, Obi, Coolpad, Infinix, and Intex, the second best-known brand in India.