The business environment in Vietnam is expected to be more open in 2015 with a number of new policies that will take effect.

VietNamNet Bridge – The business environment in Vietnam is expected to be more open in 2015 with a number of new policies that will take effect. 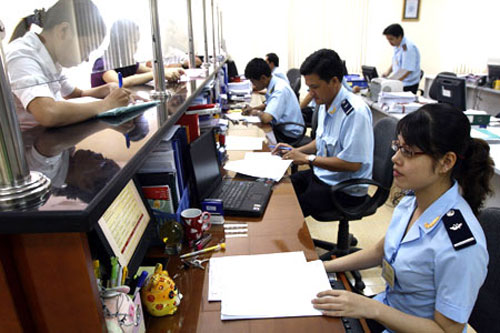 Under current law, a business cannot accused of “doing business illegally” if it operates in fields not registered with watchdog agencies before it sets up business. However, from July 1, 2015, under the 2014 Enterprise Law, businesses can make investments in fields not prohibited by law.

Under the former laws, investors had to apply for investment licenses if they developed projects capitalized at VND15 billion and more in conditional business fields. But under the new laws, they will not have to do this.

The 2014 Investment Law stipulates that enterprises with a foreign investment capital ratio of less than 51 percent will be treated like domestic enterprises.

One business, many stamps

Under this regulation, the “power” of the business stamp has changed. If an individual appropriates stamps of other businesses, this will not stop enterprises’ operations, which sometimes occurred in the past.

In the future, business stamps may not exist, as policymakers are now considering the issue.

From 2015, businesses have the right to determine their budget on marketing activities and advertisements, as the ceiling expenditure on ads will be removed.

Under the current law, expenditure on ads must not be higher than 7 percent of total expenditures.

The government’s Resolution No 19 says that the Vietnamese business environment must be upgraded to an average level in ASEAN-6.

A World Bank report showed that businesses now have to spend 872 hours a year on tax payment procedures. The government has requested to cut the figure to 171 hours by 2015.

As such, taxation bodies will have to cut another 45.5 hours, and social insurance agencies 58.5 hours more in 2015.