The Ministry of Education and Training (MOET) has decided that September 5 will be the opening day of the 2020-2021 school year and has requested schools and parents not to begin teaching prior to that day. 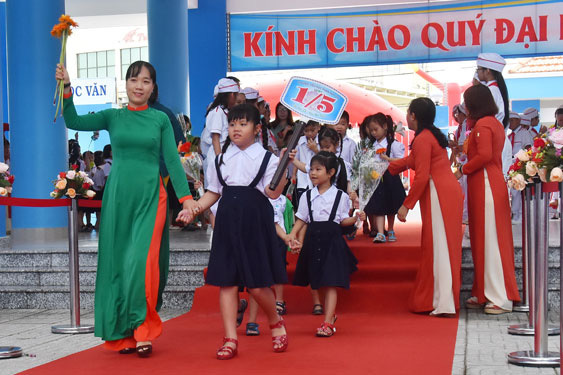 This has raised concern that first graders will face difficulties on the first days at school.

T. Thuong, a parent in district 1, HCM City, is worried about MOET’s plan to start the new academic year.

“Students will study with new textbooks and new program this year, which are even unfamiliar to teachers, let alone students,” she said.

“There is not much time to prepare for the new school year. Students will begin studying right after the opening day. I wonder if my child can keep pace with his classmates,” she said.

In previous years, students returned to school after the summer holiday on August 15, or half a month before the new academic year opening day. However, MOET has designed a new schedule for this year because of Covid-19.

According to Tran Trong Khiem from the Tan Phu district’s education sub-department, in previous years, students had one or two weeks to get familiar with schools and classmates before they began studying.

However, he said there was no need to be worried about this. The lessons for first graders will be taught within 35 weeks, while in the first week, students will learn simple lessons and have time to familiarize themselves with the new environment.

However, in many cases, parents cannot choose what they want. Students will not be able to follow the programs they want if the schools where they study don’t have such classes.

According to Tran Khac Huy from Tan Binh district education sub-department, one cannot say which English teaching program is the best, but only which program is most suitable to students, depending on their capability.

Schools are also complaining about the difficulties in organizing two learning sessions a day because of the lack of classrooms.

Khiem said there are 7,000 first graders this year in Tan Phu district, but only five out of 17 local primary schools can organize two learning sessions a day for 100 percent of students.