Pepper prices this year are unlikely to recover after a strong reduction in 2019 due to abundant supply.

The demand of pepper-consuming countries has not yet shown signs of strong growth. 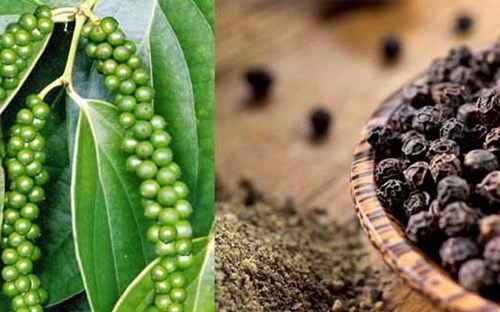 Vietnam this year expects to have bumper harvests from the many pepper plantations created in 2017.

The domestic market still has a significant stock of pepper from the previous crop, with many households and businesses stockpiling to wait for higher prices, the Vietnam Pepper Association said.

On the world market, pepper output is likely to increase from some major producing countries. In India, the pepper output this year is expected to reach about 61,000-62,000 tonnes, up by 30 per cent year on year.

According to the association, Brazil has a production model at very low cost and high yield. Those factors help Brazilian pepper’s competitiveness on the global market.

With the sharp increase of pepper planting acreage in many countries in the 2016-17 period, the global pepper market is forecast to maintain supply until at least the end of 2020, the association said.

However, the pepper price would not plunge further because with prices at around VNĐ37,000, speculators will purchase pepper, according to the association.

The domestic pepper price is expected to remain at a low level until the end of this year's crop, it said.

This price is forecast to increase slightly in 2021 and see strong recovery from 2022 when the strong reduction in output at home and abroad will help revive the price on the local and global markets.

The lower future supply is due to farmers shifting to other crops.

Last year was the third consecutive year Vietnam gained a record in pepper export volume. But its pepper export value declined against the previous year due to the plunge in the global price.

According to the Ministry of Agriculture and Rural Development (MARD), Vietnam last year exported 284,000 tonnes of pepper, earning $715 million. The exports rose by 23.4 per cent in volume but fell by 5.7 per cent in value year on year.

Of which, the US continued to be the largest export market of Vietnamese pepper, accounting for 19.5 per cent of the total exports. Following were India, Germany and the Netherlands.

Pepper exports to most markets saw surges in volume but decreases in value. However, Vietnam saw significant growth in pepper exports to Germany in both volume and value.

This year, the free trade agreement between Vietnam and the EU (EVFTA) is expected to create good conditions and opportunities for the domestic pepper industry to promote exports to the EU, especially the German market.

This agreement would also help pepper exporting enterprises expand their export markets and have more chances to attract foreign investment in the processing stage.