Pharmacy to fill 40% of FPT Retail revenue in four years

FPT Digital Retail JSC (FPT Retail) hopes its pharmaceutical unit will contribute 30-40 per cent of the company’s total revenue in the next three to four years, chairwoman and general director Nguyen Bach Diep said on Wednesday.

FPT Digital Retail JSC (FPT Retail) hopes its pharmaceutical unit will contribute 30-40 per cent of the company’s total revenue in the next three to four years, chairwoman and general director Nguyen Bach Diep said on Wednesday. 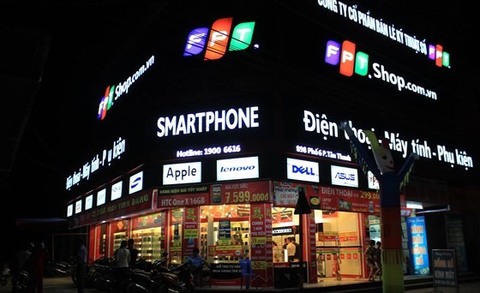 Diep said the Vietnamese pharmaceutical sector is a highly-potential industry, which is valued at US$5 billion - equal to the electricity sector and higher than electronics industry.

The push of FPT Retail is considered a good move at the moment as it could bring comparative advantages for the company over its competitors in the retail sector such as Mobile World and Digiworld that have not made further steps into the new industry.

Spending of Vietnamese consumers on drugs is quite lower than other economies in the region, she said. For example, consumers in other economies such as Thailand and Singapore spend US$46 and $142 a year, compared to just $30 here.

In addition, the pharmaceutical sector has recorded a yearly growth rate of 13 per cent and its growth does not depend on the country’s economic conditions, Diep said.

FPT Retail was reported to have purchased the drug store chain Long Chau in 2017 and has developed its own management system for the drug store system and increased the number of drug stores to 10 in HCM City.

The number of Long Chau drug stores is expected to increase by 20 in 2018 in HCM City and it could reach 400 stores over the next four years.

Therefore, the drug store chain has recorded high revenue, 40 per cent of which has come from sales of cosmetics, supplementary food and medical equipment, she said, adding the pharmaceutical unit has proved its high profitability compared to the market’s average level.

FPT Retail also plans to expand the FPT Shop network and improve its existing services to raise revenue, according to chairwoman Diep.

FPT Retail also plans to open 20 additional Apple stores in 2018 and increase the current amount of 12 to 100 stores in three years.

Diep said the sales of Apple accessories and iPhone items in the world still have room to grow as 60 per cent of iPhone sales around the world comes from authorised sellers while the remaining worth $450 million comes from individual sales.

In addition, the number of Apple stores in other countries ranges between 300 and 500 stores while there are only 12 in Viet Nam, thus, this segment is quite potential, she said, citing that Viet Nam has become among key markets for Apple, ranking among its 10 fastest growing markets.

FPT Retail has filed for listing on the HCM Stock Exchange (HOSE) and it expects to debut in April 2018. The listing price has remained unknown and pending on the approval of the State Securities Commission.

In the first quarter of 2018, FPT has recorded a year-on-year increase of 19 per cent and 32 per cent in its revenue and profit.

In 2018, the company targets VND16 trillion ($711 million) in net revenue and VND377 billion in post-tax profit, a yearly increase of 22 per cent and 30 per cent, as well as a 20 per cent cash dividend payout for shareholders.

In 2017, FPT Retail posted VND13.1 trillion in total revenue and VND290 in post-tax profit. The figures increased by 21 per cent and 40 per cent from the previous year. However, the company may not make dividend payment for 2017. — VNS