According to the CNN Philippines, Duterte affirmed the Philippine stance is clear and firm. He said "We must solve the disputes peacefully and in accordance with international law, including the United Nations Convention on the Law of the Sea (UNCLOS),"

He stressed that the Philippines together with ASEAN member states look toward the goal of turning the East Sea into a sea of peace and prosperity for all.

Manila commits to the immediate conclusion of a substantive and effective COC, he said.

During the 37th ASEAN Summit, Malaysian Prime Minister Muhyiddin Yassin reaffirmed the settlement of the East Sea issue by peaceful means in accordance with international law.

He also emphasised the role of ASEAN as a strategic factor in the changing geo-political landscape at present, saying that ASEAN could only play its role when all of its member states stand united and work closely together as a bloc./.VNA The economy continues to face new uncertainties, even after the first half year into the program on socio-economic recovery and development.

Samsung scaling down of production in Vietnam shows signs of a global growth slowdown. If a recession occurs, this will affect Vietnam’s economy in the second half of the year.

The Vietnamese passport has climbed four notches to rank 90th on a list of the world’s most powerful passports, according to the latest report compiled by Henley Passport Index. 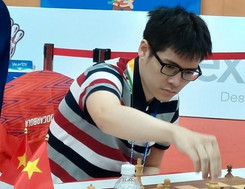 Le Tuan Minh has become the nation’s 13th chess Grandmaster (GM) after winning the championship title in the standard event played at the 2022 World Open on July 4 in Philadelphia in the United States. 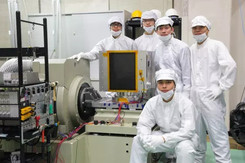 Will Vietnam develop space industry and own a satellite beam?

A Japanese group of researchers has suggested a roadmap on using small satellite beams and developing a space industry in Vietnam.