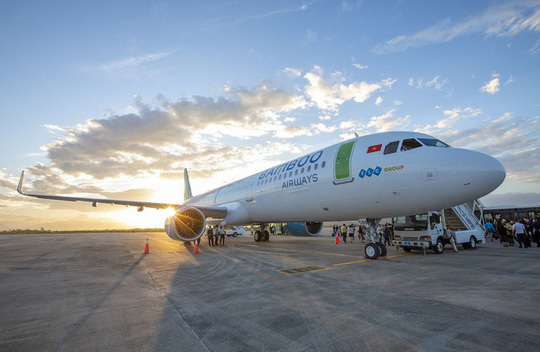 A plane of Bamboo Airways

Tran Van Trien, director of Phu Cat Airport, said on June 30 that the old terminal had been repaired and converted into international terminal while the new one would serve domestic flights.

The repairs and preparations are basically completed and plans are to have the first international flight in September.

There are 20 to 22 flights to and from Phu Cat Airport to Hanoi, HCM City, and Hai Phong City held on a daily basis by Vietnam Airlines, Bamboo Airways, Vietjet Air and Jetstar Pacific.

Binh Dinh receives over four million tourists every year, representing 15% annual growth rate. Of which over 200,000 are international tourists.

This shows the potential for tourism and to open new international flights.

The provincial authorities are also improving the infrastructure around Phu Cat to transport tourists to Quy Nhon City and other destinations more easily.

The national flag carrier Vietnam Airlines and the Sheremetyevo International Airport of Russia held a ceremony on July 2 to welcome its first flights to and from the airport.

Twin Lotus Murals at Noi Bai International Airport created by artist Nguyen Thu Thuy and her team received the top prize in the category of Social Design at the A’Design Awards and Competition.