The HCM City Customs Agency reported that the city imported 4,000 tons of frozen pork in the last six months, a four-time increase compared with the same period last year. 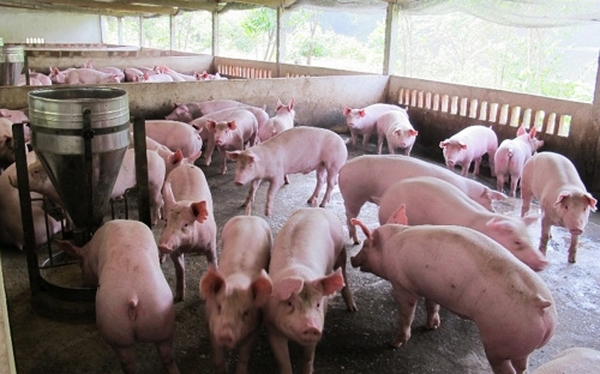 Farmers are worried because the domestic supply is more than enough to satisfy demand and the pork price is on the decrease.

Nguyen Thi Huong in Dong Hoa commune in Dong Nai province, the owner of a farm with 600 pigs, complained that consumption is very weak.

“At first, merchants agreed to pay VND35,000 per kilogram, but they later gave up, saying that the sale is very slow,” she said.

According to Huong, amid the African swine fever outbreak, many farming households have reduced the number of pigs and some others have stopped farming, but despite the decreased supply, the prices keep decreasing.

While domestic farmers are upset because of the low prices which cause losses, enterprises have imported pork in large quantities.

The African swine fever epidemic has led to culling of more than 2.6 million pigs, or 7-8 percent of total pigs in the country. The serious situation has prompted the agriculture ministry to consider issuing a state of emergency.

A businessman said enterprises have increased imports because many consumers have turned their back to Vietnam’s pork for fear for unsafety.

However, the quality of imports is not fully secure because Vietnam’s agencies are weak at quarantine work. If consumers cook Vietnam’s pork well, they willnit catch disease, because African swine fever does not spread from pigs to humans. Imports may contain latent germs.

The quality of pork imports is still questionable because it is cheap, just VND30,000 per kilogram, lower than the domestic price.

Consumers have been warned that imports from the US and Canada may contain ractopamine residue.

According to Pham Duc Binh, deputy chair of the Vietnam Animal Feed Association, Vietnam prohibits Beta-agonist, including clenbuterol, salbutamol and ractopamine, but the US and Canada still allow to ractopamine in pig, cow, fowl and horse breeding.

Nguyen Xuan Duong, acting director of the Department of Livestock Production under the Ministry of Agriculture and Rural Development, speaks to Countryside Today on alternatives to pig farming in response to the spread of African swine fever.