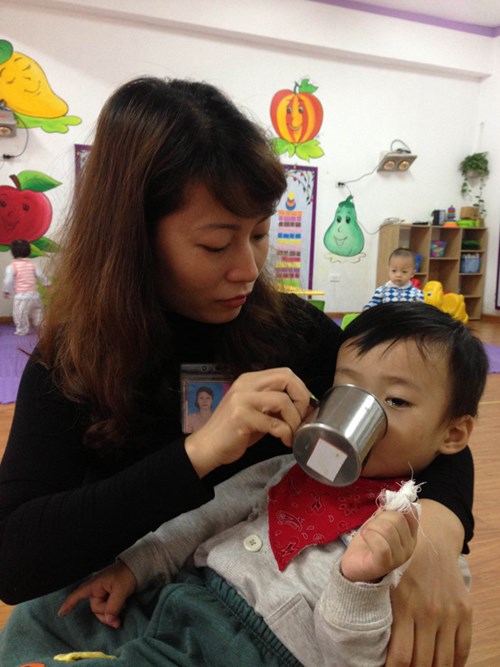 A report on the program implementation showed that the majority of the money had been spent on building new schools, public houses for teachers, teaching aids and toys for children.

The number of teachers had increased by 81,000, which means that Vietnam had 1.7 teachers for every class or group of children.

Only 45 out of 63 provinces and cities throughout the country have been recognized as having preschool education universalization for 5-year-old children, or 71.4 percent. Meanwhile, 233 communes in Vietnam still don’t have preschools.

According to Bui Thuy Phuong, deputy director of the Quang Ninh Education and Training Department, by February 2016, the province had 6,000 teachers, 98.2 percent of whom meet national standards. However, teachers’ quality remains a problem. This partially is attributed to low pay to teachers.

Phuong said in the past, preschool teachers in many localities were paid in rice and now receive money. However, the salaries offered to them are too low to cover their basic needs. Many teachers in border districts gave up their jobs because of modest salaries.

According to Tran Thi Bac, head of the Preschool Education Sub-department of the Hoa Binh Education and Training Department, preschool teachers have to work too hard, more than 10 hours a day. As they are too busy at school, they cannot take extra jobs to earn extra money.